Paris Agreement Pact: Everything You Need To Know

The Paris Agreement is a landmark international treaty that seeks to reduce global greenhouse gas emissions to prevent the worst impacts of climate change. The agreement was negotiated at the 21st Conference of Parties (COP21) in 2015 and has since been ratified by 197 parties worldwide. frame

The goal of this pact is to maintain global temperature rise this century to well below 2 degrees Celsius above pre-industrial levels and pursue efforts to limit the increase even further. This article will provide an overview of the Paris Agreement and its key elements, along with how it is intended to be implemented.

What Does the Paris Agreement Do?

What is the Paris Agreement? It is a legally binding agreement established in December 2015 during the United Nations Climate Change Conference (COP 21). The Agreement’s primary goal is to limit global temperature rise and reduce or eliminate greenhouse gas emissions by various countries. The framework convention on climate aims to take action and strengthen their efforts toward tackling dangerous climate change.

Under the Agreement, participating countries have agreed to reduce emissions to achieve “a balance between anthropogenic sources and sinks of greenhouse gases” by the year 2050. In addition, each country has also committed to set Nationally Determined Contributions (NDCs), which specify their own individual goals for mitigating climate change. These will be regularly reviewed so parties can increase their ambition over time.

Other key aspects of the Paris Agreement include a global, transparent system for reporting and monitoring climate action. This seeks to ensure that countries are taking meaningful steps towards meeting their commitments and will help to hold them accountable. The Agreement also contains provisions for assisting developing countries, which may need additional support to meet their goals.

The Paris Agreement is crucial because it signals a collective commitment from countries worldwide to combat climate change together. It provides a platform for international cooperation and establishes a long-term goal that each country can strive towards collectively. Ultimately, this helps create an environment where everyone can take responsibility for reducing emissions and tackling dangerous climate change. 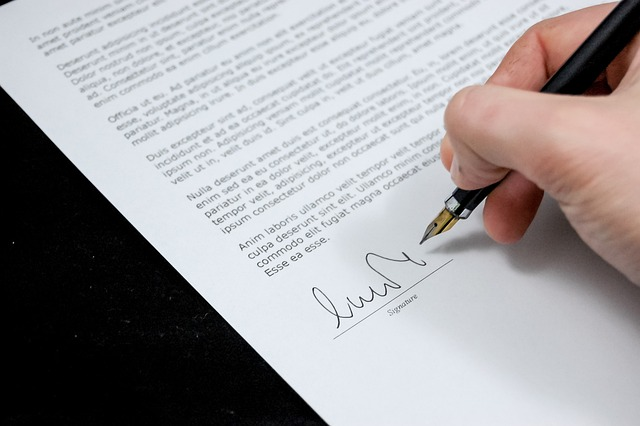 Which Countries Have Not Signed the Paris Agreement?

While most countries have signed the Paris Agreement, there are still some notable exceptions. The United States is one of the only major industrialized nations that has not ratified the agreement. President Donald Trump announced in 2017 that he would withdraw from the pact, citing concerns about its economic impact on workers and businesses.

In addition, some other countries, such as Belarus, Turkey, and Kazakhstan, have not yet joined the Agreement either. This could be because they may disagree with certain aspects or do not believe that climate change is an urgent issue that requires global action.

However, even without these countries participating in the Agreement, much progress can still be made toward mitigating climate change if all parties uphold their commitments to reducing emissions. This means that even if some countries decide not to sign the Agreement, there will still be a collective global effort toward tackling climate change.

All countries need to work together to reduce emissions and achieve the goals set out in the Paris Agreement. Even without every country signing on, it is possible to progress toward preventing dangerous climate change if enough nations take meaningful action. In this way, the Paris Agreement remains a powerful tool for promoting global cooperation and combating climate change.

How Many Countries Are in the Paris Agreement?

As of October 2020, the Paris Agreement has been signed by 197 countries. This includes all members of the European Union and almost all other countries across the world. As such, it is one of the most widely accepted international agreements in history.

Under the Agreement, each country is required to set its own Nationally Determined Contributions (NDCs). These outline specific actions different countries will take to reduce emissions and tackle climate change. In addition, participating countries also agree to regularly report and monitor their progress toward meeting these goals.

Since its inception, the Paris Agreement has significantly impacted global efforts toward mitigating climate change. It has driven up ambition levels amongst many nations and raised the profile of the climate change issue at an international level. Its widespread acceptance has also highlighted that tackling climate change is a global responsibility that all nations must address collectively. What Are the Three Aims of the Paris Agreement?

The Paris Agreement was adopted in 2015 to limit global warming to well below 2 degrees Celsius and pursue efforts to limit it even further to 1.5 degrees Celsius. It is a comprehensive agreement that seeks to reduce emissions, strengthen resilience and adaptability, enhance environmental stewardship, and build an inclusive dialog between all nations.

The three main aims of the Paris Agreement are:

The Paris Agreement is widely seen as a symbol of global solidarity in the fight against climate change. It has inspired many countries to take meaningful action on this issue. It is an essential step toward creating a sustainable future for generations.

Why Did the Paris Agreement Fail?

The Paris Agreement was a landmark climate deal and the first of its kind to be adopted by almost every country in the world. Despite this, it failed to achieve its primary goal of limiting global warming to below 2 degrees Celsius. This is due to several reasons: inadequate implementation of the Agreement’s terms, inadequate funding for climate action projects, and limited progress on NDCs.

Another contributing factor is the lack of commitment from some countries who have either refused to sign up or do not believe climate change is an urgent issue that requires global action. As such, they are unwilling to take meaningful steps towards tackling this problem or honoring their commitments made under the agreement.

In addition, signatories lack consensus on how to approach different aspects of the Agreement, such as funding and emissions reduction measures. This has resulted in inaction and further hampered efforts toward meeting its goals.

Ultimately, the Paris Agreement failed because participating countries lacked the ambition or political will to take meaningful action on climate change. The current situation highlights the urgent need for stronger international cooperation if we successfully transition to a low-carbon future.

How Can You Use the Paris Agreement in Your Home?

You can use the Paris Agreement in your home in Crosswinds Tagaytay by making small but meaningful changes to your lifestyle. This includes switching to renewable energy, reducing emissions from transportation, and conserving water and energy in your luxury house and lot in Metro Manila. There are many ways you can help promote global efforts toward mitigating climate change and reaching the goals of the Paris Agreement.

For starters, consider switching to solar energy or investing in other renewable energy sources. This can reduce your electricity bills in your property in Bern and help make a significant environmental difference. Additionally, you can choose environmentally-friendly transportation options when commuting or traveling, such as taking public transit or riding a bike instead of driving.

Another way you can use the Paris Agreement at your home in Forresta is by conserving energy and water. This means using appliances only when necessary, such as turning off lights in rooms you are not using, or taking shorter showers. You can also purchase energy-efficient products for your luxury house and lot in Metro Manila to reduce your carbon footprint even further.

By making these small changes in your daily life in your luxury condo in Tagaytay, you can be part of a global effort to reduce emissions and reach the goals of the Paris Agreement. Together, we can make a difference in combatting climate change and creating a sustainable future for all.

The Paris Agreement was a landmark climate deal and the first of its kind to be adopted by almost every country in the world. Despite this, this convention on climate failed to achieve its primary goal of limiting global warming due to inadequate implementation, lack of funds and commitment, and limited progress on NDCs.

Going forward, countries need to come together with an increased sense of urgency to take meaningful action on climate change and ensure that the Paris Agreement’s goals are met. The current situation highlights the importance of stronger international cooperation if we successfully transition to a low-carbon future. With this in mind, all countries must come together now and work towards a sustainable solution for.

Suggested Read: How To Live Your Best Life According To These Quotes