Guide To Having Solar-Powered Homes In The Philippines

As the world advances, it seems like the environment is getting worse and worse. As responsible homeowners and progressive individuals, we all want to do what we can to help make the world a better place to live in. Fortunately, there are lots of things we can do. Solar power is a great place to start. Using the sun to power our homes presents lots of benefits for the environment and us. In this article, we’re going to discuss the basics of having solar-powered homes in the Philippines.

What are Solar Panels? 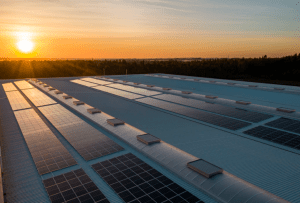 Solar panels are a more nature-friendly way to get usable energy. © Unsplash

If you want to harness the power of the sun, you’re going to need solar panels.

Basically, a solar panel is a composition of specially designed metallic cells that generate electricity when exposed to light, contained in a sturdy framework.

A single unit of this cell is called a PV module. Multiple PV modules make up a PV panel — which is what we commonly see sold individually. You can connect several panels to produce enough electricity to power both an average house and the biggest mansions in the Philippines. This is called an array.

How do Solar Panels Work? 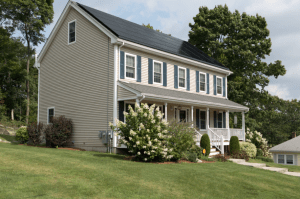 If you want to create solar-powered, modern luxury homes, then you need to know how solar panels work first. In this section, we’re going to explain exactly how.

Once sunlight hits the solar panels, it starts several reactions that then become a directional current — electricity. This is known as the Photovoltaic Effect.

In order to use this, solar power systems need solar arrays, batteries, inverters, and a charge controller.

Light strikes the solar panels, and the panels generate DC electric current. This electricity is then drawn into the charge controller to ensure that the charge flowing into the batteries doesn’t fluctuate, as this might damage the batteries.

From the batteries, the electricity flows into the inverter to convert DC electricity into AC electricity, which is what most appliances use. You now have a complete solar power system that you can use.

Average-sized luxury homes have enough roof area to gather the required amount of energy to power their homes completely. Smart luxury homes that have plenty of space, on the other hand, can gather excess power in the daylight and store it for use during the night.

In some areas, local power stations have net-metering programs that allow homeowners to sell excess power to the local grid.

Types of Solar Panels in the Philippines

There are three types of solar panels that you can see in the country: thin-film, polycrystalline, and monocrystalline. These types differ in some key aspects, such as cost, efficiency, and design.

Knowing the different kinds of solar panels that you can get can help you make better decisions when installing a solar power system for your luxury homes.

A monocrystalline cell has a single crystal made of pure Silicon that can efficiently conduct electricity even in cloudy weather.

Because they are highly efficient (rated at 15% to 20% efficiency), they can remain small while still creating enough electricity, which makes them highly space-efficient as well. If you only have a little space to install the panels, these are the best options. However, they are also the most expensive type of solar panels.

Unlike the previous two designs, the conductors on the thin-film panels can be made of elements other than Silicon, such as Cadmium Telluride (CdTe), Amorphous Silicon (a-Si), Copper Indium Gallium Selenide (CIGS), and Gallium Arsenide (GaAs).

In terms of efficiency, thin-film panels as a whole are a step behind traditional panel designs, with a median efficiency of 11% to 13% compared to the previous design’s 15% to 20% efficiency. However, for lab-controlled tests and individual reports, thin-film panels show a promising future. 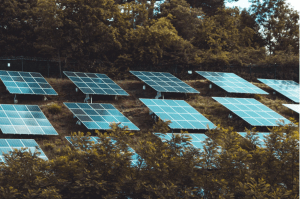 Now we know what solar panels are, how they work, and what kinds you can get.

That said, let’s get into what matters: what happens once we do get solar panels on the roofs of our luxury homes? What exactly are we getting once we have solar-powered homes? Brittany wants you to enjoy all the good things, so let’s talk about the benefits.

Helps Save the Environment

The global temperature average has risen by 1° C since the 1880s. You may not think this is much, but this is the global average. It takes huge amounts of heat to warm the entire world by just 1° C. For example, it only took a 1°C drop in global temperature for a Little Ice Age to occur.

This means you can count on the fact that bad things are going to happen if the temperatures keep on rising. Sadly, scientists are saying that it is already happening.

One of the main benefits of solar homes is that they lessen your contribution to carbon emissions. The country’s main source of energy is coal, which is a non-renewable, highly polluting resource.

If you continue to get your energy from local suppliers, they have more incentive to continue what they’ve been doing and less incentive to stop. On the other hand, if you switch to solar power, then not only are you opting out of a highly polluting power source, you’re also lessening the demand for coal power plants.

More than following the three basic Rs, having a solar panel is a bigger step in the direction of clean energy.

Unless you already have a solar power system of your own, your only source of energy right now is probably your local power source. This level of reliance means that you are entirely beholden to whatever happens to your power supplier.

Summer blackouts because of low dam levels? Power interruptions because of maintenance? A sudden increase in electricity price? Any of these things frequently happen in our country, and you have no choice unless you invest in a solar power system for your luxury house.

With your power supply, you wouldn’t have to rely on your local station. You would be immune to blackouts affecting the rest of the city, and you won’t be surprised by any additional charges made. Your luxury house can be well and truly independent, just like luxury homes should be.

Easily Integratable with other Renewable Systems

Other sources of renewable electricity exist in the country, such as geothermal, biomass, hydro, and wind power. More than that, as efficient as solar power systems have become, they can still fail from time to time, especially in long periods of rain, such as what frequently happens in the Philippines.

If you’re thinking about going for solar power, then you’ve doubtlessly thought about other forms of renewable systems as well, such as wind turbines. The great thing about solar systems is that you can easily combine their use with another system because the system isn’t especially complicated.

All of the systems just have to feed well into a battery source, and you’re all set.

Are you planning on putting one of your luxury homes for sale? Then you might want to consider outfitting it with a solar array.

Research from Zillow has shown that luxury homes with solar panels are fetched for 4.1% more of the price than other regular houses. This percentage can make or break your sale, and you should do well to profit from your endeavors.

If you want more people to buy your establishment, especially during the pandemic, this is something you can try with relatively low costs. 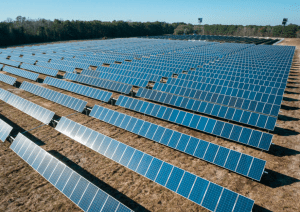 Solar panels can cause damage when used on the roof of a luxury home. © Unsplash

Now, owning a solar power system isn’t all just earth-saving and happiness. There’s quite a couple of downsides as well. Here at Brittany, we want you to be aware of potential pitfalls to make an informed decision about future solar-powered homes. Let’s dive right into the disadvantages of solar panels.

Sunlight availability is not consistent throughout the days and seasons. This means that the amount of energy you’ll be getting can fluctuate if you’re not prepared. Therefore, if you’re committed to having solar-powered homes, you need to plan around that.

Despite being friendlier for the environment, solar power is still pretty inefficient in its current form. As we’ve seen above, solar powers have yet to breach the 25% efficiency hallmark.

To achieve the highest efficiency possible, you’d need mirrors to amplify the sunlight and motors and sensors to make the panel follow the sun across the sky — and even then, it still won’t be 100% efficient.

Sure, having solar-powered homes is cool and all — but have you considered the potential damage it can do to your luxury homes? Solar panels, especially traditional monocrystalline and polycrystalline ones, are mounted in heavy frames to protect them.

Therefore, you need to properly assess structural matters on your house to make sure that it can carry the weight of whatever solar panel type you use. That, or you can use thin-film panels throughout.

Best Suppliers of Solar Panels for Luxury Homes in the Philippines 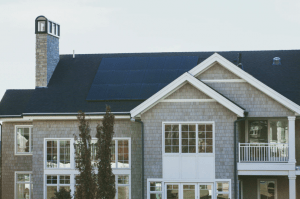 There are many suppliers of solar panels in the Philippines. © Unsplash

Based in Quezon City, Philergy is a German company that established its bid on the solar power market after discovering how underserved and expensive it was. With nine years of experience under its belt, Philergy is already an established market in the Philippines.

They offer free consultation, installation, customization, and operation services. They even have net metering services, and their 100% German-made products offer warranties that stretch to 25 years. They cater anywhere from industrial applications to luxury condos.

A Santa Rosa, Laguna-based company, SolarNOW is a company that makes its buck in speed and efficiency. They are also the official dealer of Solaric, a solar power systems manufacturer established in the country last 2013.

SolarNOW takes every kind of service, from industrial to commercial to luxury homes. Their process usually begins with a site visit, a system design, then delivery of equipment, installation, and monitoring and maintenance.

Based in Ayala Alabang, Muntinlupa, Philippine Solar Rooftops was established last 2013. They pride themselves on being efficient, effective, and affordable. PSR handles everything, from designing and installation to monitoring and incident management.

They have residential, industrial, and commercial packages. Their package plans start at a measly P90,000.00, definitely a small price to pay for solar-powered homes. 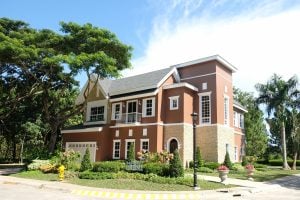 The Lawrence pre-selling luxury house and lot model sits on a spacious 803 square meter lot. This quaint English manor is one of the best mansions in the Philippines that can be upgraded into a solar-powered luxury home.

Here at Brittany, we believe that solar-powered homes is a great way to help save the environment. More than that, it can reduce your reliance on local power suppliers, which leaves you less vulnerable to system failures. It even enhances your house’s overall value.

The environment is important to us here at Brittany. We know how important it is for people to appreciate the beauty that our world has to offer, and we believe that caring for our nature is good for us.

If you share the same sentiments, then hopefully, this article from Brittany has helped put you on the right path towards sustainability and renewable energy.