The Most Luxurious Homes in the World

The world is a vast place full of the affluent and the influential. With a rich architectural history to be inspired with and a wide range of amenities to pick from, owning the most luxurious homes in the world has always been one of the symbols of the higher echelon.

In this article, we’ve curated a list of some of the most luxurious properties on Earth. Take a peek and get inspired into making your dream house by one of these stunning houses. 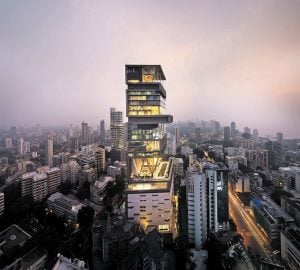 The only vertical structure on this list, Palazzo Antilia is the luxurious home to Indian business magnate Mukesh Ambani and his family. It’s the most expensive house in the entire world, with an estimated cost of about $1 billion to $2 billion.

It’s located in Altamount Road, the most expensive address in India and one of the priciest on the planet. If you want to buy a plot of land in this prime address, it will cost you roughly Rs 85,000 per square foot (equivalent to more than Php 125,000 per sqm).

Spanning a whopping 37,000 sqm, the Palazzo Antilia has 27 floors, each of which has extra-high ceilings that give each floor a height equal to an average two-story building.

The architectural design is inspired by the lotus and the sun. The six topmost floors are dedicated to a private full-floor residential area. You can find guest suites, a temple, a salon, an ice cream parlor, a chandelier-filled ballroom, a private movie theater, a snow room that produces man-made snowflakes to beat the Mumbai heat, 9 high-speed elevators dedicated to different floors and purposes, and an entourage room for the more than 600 full-time staff needed to maintain the mansion.

In addition to this, to cater to Ambani’s transport pool, 6 floors are used specifically for parking, accommodating up to 168 cars in total. There’s also one floor that serves as a dedicated car service station.

Lastly, the home also features three helipads above and a four-story open garden down below. 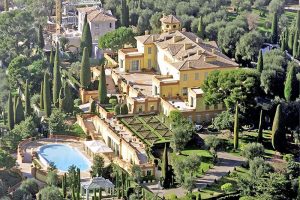 Estimated to be worth about $750 million, the Villa Leopolda is not just luxurious, it’s also the third most expensive home in the world.

This French Monument Historique that sits in 18 acres of land on the French Riviera in the city of Villefranche-sur-Mer is a magnificent and picturesque vista with royal beginnings. It also has a lavish history as a billionaire’s party pad and has been used as a setting for several notable films, the most iconic of which is the 1955 Alfred Hitchcock film, To Catch a Thief.

The original and much larger estate was owned by King Leopold II of Belgium, from whom the villa’s name is derived. It was first built in 1902 as a gift for one of his mistresses. In the 1920s, it underwent a redesign. The current neo-Palladian villa that stands on site today is the work of American architect and interior decorator Ogden Codman, Jr.

The estate boasts a helipad, 12 pools, 11 master bedroom suites, and 14 bathrooms. It’s decorated with authentic pieces specifically meant for display at the villa, as well as luxury antique and vintage furniture. It also prides itself with an impressive 8-hectare garden containing a variety of flora, including over 1200 tree varieties such as orange and lemon.

Lastly, the Villa Leopolda has enormous terraces offering breathtaking views of the sea on one side and a relaxing view of a valley of pine forests on the other side – similar to the view you’ll get at Crosswinds Tagaytay. 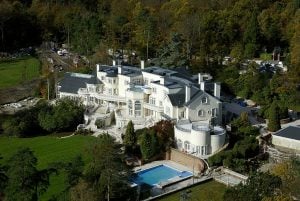 Located about 40 km away from London in Windlesham, Surrey, Updown Court is the second-largest home in the world. It was also the most expensive private house on the market in 2005.

This California-style luxury home is larger in size than the Hampton Court Palace and the Buckingham Palace combined.

At the center of a 23-hectare land, past the iron gates and the heated marble driveway, the property has 103 rooms, 24 of which are bedrooms with en-suite marble bathrooms. Other notable features of this luxury mansion are the fully automated two-lane bowling alley, five Olympic-size swimming pools, a sauna, a beauty salon, a dressing room, a squash court, a floodlit tennis court, a wine cellar for about 3,000 bottles, a 50-seat cinema with a private bar and an underground granite-floored garage for about eight limousines.

As the epitome of luxury, Updown Court is also equipped with 65 high-tech cameras to monitor and ensure safety at all times, a safety flag, and a fully-equipped panic room to protect everyone inside in case of an emergency. 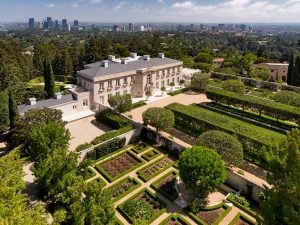 Built in 1935, the limestone-clad Chartwell Mansion is most famously known as the mansion of the Clampett family in the 1960s television sitcom The Beverly Hillbillies. This Chateauesque mansion in Bel-Air was sold for a record-topping price of $150 million in 2019 – the most expensive house ever sold in the Golden State.

Indeed, the French neoclassical-style chateau is well worth the priciest residential sale in California.

This luxurious house has a floor area of over 2000 square meters located in a 4-hectare land. It has 26 rooms, including 11 bedrooms, a ballroom, scaled formal rooms, a vaulted foyer, a customized wine vault that can hold 12,000 bottles, and a paneled dining room.

The grounds feature carefully manicured gardens, elaborate fountains, a tennis court, a 75-foot swimming pool, a pool house, a separate guesthouse, a tunnel to access the pool from the basement, and an underground garage that can fit up to 40 cars.

Does this seem like the ideal home for you? If you’re looking for luxury homes for sale in the Philippines with that French-Mediterranean ambiance, look no further than Brittany Sta. Rosa’s Belle Reve. With its many gardens and courtyards, no two luxury house and lots are ever the same. 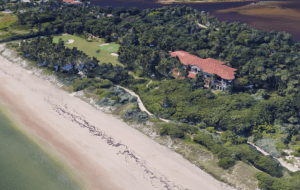 With its fusion of Old World elegance, classicism, and modern amenities, not a lot of luxury houses and lots are as fine as the Manalapan Mansion

Also known as the “Gemini,” it was publicly listed for the first time in 2016 when it was put on the market by the Ziff publishing family. It cost a whopping $195 million, making it not just one of the most luxurious homes in the world, but also one of the most expensive.

This oceanfront estate’s luxurious amenities include 33 bedrooms, 47 bathrooms, a garage for 18 cars, a movie theater, a club room, 3 kitchens, several offices, separate wine rooms for red and white wines, a gym with a beauty salon, and two pools.

It even has a full sports complex area with a bowling alley, a tennis court pavilion, a cart track, a miniature golf course and a golf practice area, and a built-in archery range.

Nature-lovers would be delighted to learn about its gigantic botanic garden with more than 1,500 different species of tropical flora and its treehouse styled after Robinson Crusoe.

The estate’s design team used inspiration from other luxurious homes in Rome, Milan, Venice, Florence, and the greater Tuscan region. Together, they successfully blended the Mediterranean architecture with the coastal living of South Florida for the Manalapan Mansion. Sounds familiar? Brittany’s Portofino developments were also inspired by Southern European architecture. 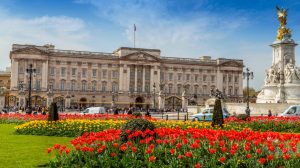 No list of the most luxurious homes in the world would be complete without the Buckingham Palace in London, also known as the home of the British Royal Family. According to estimates, the palace is valued at $2.9 billion, making it the most expensive home on the entire planet.

Although it’s not the biggest palace in the world, it’s certainly the most famous since it’s been the family’s official residence starting in 1873. It may be just one of their luxurious properties, but the Buckingham Palace has plenty to offer that makes it stand out among the rest. 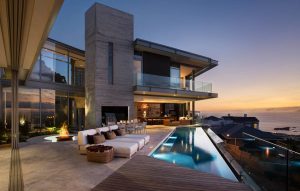 Clifton 2A is a three-story luxurious home in the upscale suburb of Cape Town, South Africa, with spectacular 270-degree views of the Atlantic Ocean, Camps Bay, and the Twelve Apostles farther beyond on one side.

Famous for its architecture due to its challenging location, the contemporary home flaunts its spaciousness and luxuriousness with its glass walls and railings and choice of colors and materials. Here in the Philippines, it’s similar to Derek Ramsay’s glass mansion in Palawan.

The massage room, gym, guest bedrooms, entertainment room, kitchen, dining area, family room, lounge, outdoor terrace, and pool can be found on the ground floor. On the second floor, there are strategically positioned family bedrooms with their own dressing rooms, en-suite bathrooms, and even private balconies to enjoy the magnificent views.

The Franchuk Villa is a five-story, 10-bedroom Victorian Villa owned by Ukrainian businesswoman and AIDS philanthropist Elena Franchuk. Valued at $100 million, it easily makes it to the list of the most luxurious homes in the world.

Though the Victorian Era facade of the property looks more humble than other upscale estates in the area, its lavish interior boasts marble, hardwood, brass, and gold furnishings. It also houses princess artworks.

What was once an all-girls preparatory school now has a sauna, a gym, a health center, a cinema, an underground indoor pool, and a fully equipped panic room.

Sounds interesting? You can get a feel of the same Old English sophistication and elegance at Brittany Sta. Rosa in Laguna. 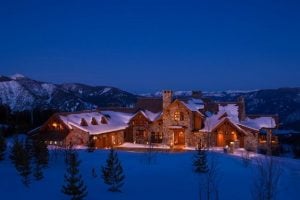 The Pinnacle | Photo by Scoopify

The Pinnacle in Montana isn’t just one of the most luxurious homes in the world. It’s also a palatial ski lodge with an amazing backdrop of mountains and hills.

It’s part of the Yellowstone Club, a private ski and golf club reserve for the ultra-rich. In fact, it’s actually the largest property there, with 53,000 square footage. It’s valued at $155 million, making it one of the most expensive homes as well.

The most unique features of the property are the heated floors and the dozens of fireplaces that can be found even in the bathroom. At the Pinnacle, you can be sure to stay warm and cozy even if it’s negative degrees outside.

In the Philippines, we have Brittany’s Crosswinds Tagaytay. Tagaytay may not be snow-cold, but its cool weather and luxurious homes make it the perfect holiday getaway. You can even take a picture with your family and friends on the Trone Giant Chair during a quick road trip away from the busy metro. Last but not least on our list of most luxurious homes in the world, we’ve got the Palazzo di Amore, located in Beverly Hills, California.

Its owner is Jeff Green, a successful entrepreneur who made billions in the real estate industry. The property sits on a 25-acre land, with panoramic views of the city and the ocean.

It has 12 bedrooms, 23 bathrooms, several living rooms, multiple kitchens, an indoor theater, an entertainment complex, a tree-lined private drive, wide outdoor gardens, play yards, special vineyards, swimming pools, a private spa, a tennis court, a bowling alley for children, a fountain, waterfalls, and a garage that can hold 27 cars. It also has a separate building for guests and quarters for security and house staff.

The house even has a dance floor and ballroom that revolves – perfect for party-lovers. It can also accommodate a total of 1,000 guests at once, further sweetening the deal.

Exploring the Most Luxurious Homes in the World

While the most expensive houses in the Philippines may only amount to the annual maintenance costs and the taxes of some of these luxury homes, that should not stop you from designing, building, and owning that perfect luxury dream home.

What are you waiting for? With Brittany Corporation, you can have the perfect dream luxury house and lot right at your fingertips.