Top Golf and Country Clubs Around the World

Historically, golf has been rooted in Scotland since the 15th century, where it was first played. Globally, golf has become one of the most popular sports. We’ve put a list of the top golf and country clubs around the world to see which of these are the best of the best.

However, it’s a delicate question when it comes to talking about the best golf courses worldwide that could draw serious debates, even among the most serious of golf fans. There is no denying, however, that some golf courses are masterpieces.

Located in New Castle, Ireland, Royal County Down Golf Club is considered one of the most luxurious golf courses globally. With its stunning design created by Tom Harris, the Royal County Down is more than a century with its breathtaking scenery overlooking the Irish Sea. An old golf club that was designed in 1889.

Pacific Dunes was designed by Architect Tom Doak in 2001. Even after 16 years, the second course built on a beautiful piece of property in Bandon, Oregon, remains one of the best links tracks in the US. It’s a cliche that Tom Doak moved so much earth around in Pac Dunes to make it look untouched, but the effect is superb. Four US Amateur championships have been held at Bandon Dunes.

Bandon courses represent the magnificence of the course as a whole. It’s a beautiful, spectacular, almost unreal golf course. But, among the quartet of Bandon Trails-Bandon Dunes-Old McDonald-Pacific, Pacific Dunes is also arguably the most accessible course. 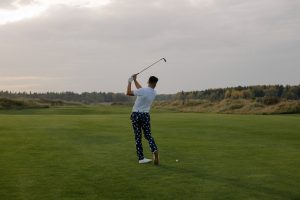 Golf is an activity enjoyed by a lot of people around the world. | Photo by cottonbro from Pexels

Design by Bobby Jones and Dr. Alister MacKenzie, Augusta National has only 300 members, including Warren Buffett and Bill Gates. Typically, the initiation fee is between $250,000 and $500,000.

The Royal and Ancient Golf Club of St. Andrews

Considered the oldest and most prestigious golf club across the globe, the Royal and Ancient Golf Club of St. Andrews is located in St. Andrews, Fife, Scotland. The “Home of Golf”, as it is known, was founded in 1974.

Another prestigious golf course located in Scotland is a privately owned club, Muirfield – home of The Honorable Company of Edinburgh Golfers.

Situated in Gullane, East Lothian, Scotland, Muirfield is the oldest verifiable golf organization globally, the Club still holds this distinction. Unfortunately, women were not allowed to join the Club until 2017, though they could participate as visitors or guests. 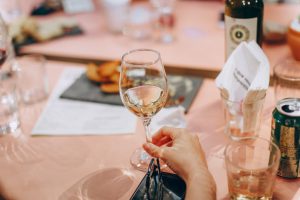 The top golf and country clubs can also house some of the best wines. | Photo by Helena Lopes from Pexels

Five major championships have taken place on the Congressional’s Blue Course. Several politicians and lobbyists have served on the board in the past, including William Taft and Woodrow Wilson. With a waiting list of ten years, the initiation fee is $120,000.

The committee can consider the names of prospective members only when they have the support of six existing members and have played golf with a committee member. The initial membership fee is over $100,000, with annual dues of $8,000 per year.

Sitting on the southeast coast of Hainan Island in China, a one-hour air journey from Hong Kong, the Club is exceptionally private, having only 20 members with initiation fees that reach as high as $1 million. 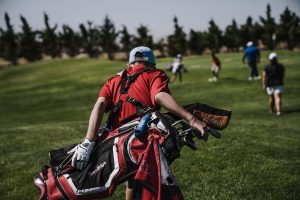 You can hire a caddy to bring around your golf bag. | Photo by Jopwell from Pexels

It is difficult to find a golf course designed without turning any earth or moving any rocks. Yet, the golf course that Crenshaw and Coore built was somehow a continuation of what existed before. That’s amazing. A perfect seaside system that isn’t even near the sea.

Sand Hills is an example of minimalist course design at its very best in terms of course design. Although it has not hosted significant tournaments, it is one of the more important recent developments… and it is absolutely breathtakingly beautiful.

Did you know that Royal Portrush Golf Club had hosted just a single Open Championship, and that was in 1951? The redesigned Old Tom Morris layout is perhaps one of H.S. Colt’s most beautiful works, set in the rolling dunes of the Irish Sea. This climbing 210-yard par-3 is appropriately referred to as Calamity because it has a considerable fall off to the right, making it one of the most formidable three-shotters in the world.

This is a superb example of a design that works within the confines of the existing space, as Colt routed the course through the dunes in the natural landscape.

One of the most exclusive and challenging courses in the world is located here on a 1,400-acre estate in the Loire valley far south of Paris. Les Bordes, built by the multimillionaire owner of Bic pens and razors with the help of a Japanese friend, is secluded in a picturesque setting within the French countryside. Hotel, lodge, and a second course are on the agenda in the future. One of the most impressive features of Les Bordes is the old, oak clubhouse complete with fireplaces, enormous chairs, and ancient oak beams. Initiation fees are not known.

Final Thoughts on the Top Golf and Country Clubs

Golf is no longer confined to one country. There is no place on earth where you cannot find the right combination of sun, wind, sand, and surf for a great game of golf.

Consider playing your favorite sport on one of these golf courses. Besides offering breathtaking landscapes that make golfing an absolute pleasure, these courses will test and challenge your skills.

You’ve seen our list of the Top 12 Best Golf Courses worldwide you should definitely visit. There is a lot of history linked to these unique places, making them extraordinary places to play golf.