Which Country Dominates in the Summer Olympics?

The much-delayed 2020 Summer Olympics was finally held in Tokyo, Japan. Under the shadow of the COVID-19 pandemic, the international multi-sports competition had 115,000 athletes from all over the world competing for a podium and world record finishes for the countries that they represent. The 2020 Summer Olympics was also the first Olympics that debuted new sports categories, including skateboarding and surfing. The Summer Olympics in Tokyo also saw a lot of LGBTQ representation. Japan’s 24/7 convenience stores and the seemingly luxury condo accommodations and facilities at the Olympic Village were also lauded not only by athletes, but also the press who covered the international competition. 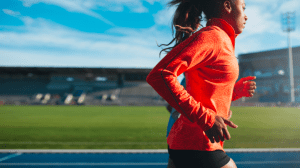 In the main events, the whole world also witnessed who dominated in each sport category. In the decades since the first Olympics, there have been many changes in sports, as well as the countries who participated in it. For example, the countries in the Soviet Union were recognized under one banner when they first competed up until 1992, a year after the USSR dissolved. The following is a list of countries who have dominated in each sport category from 1988, and how well did they fare against other countries in the 2020 Tokyo Summer Olympics. To account for the Soviet Union’s dissolution, the medals were combined to Russia’s tally. 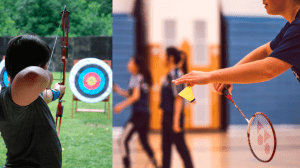 Archery continues to be a dominant sport for South Korea, but they have been challenged in badminton by both Indonesia and China.

In the Tokyo Summer Olympics 2020, South Korea showed its brilliance in archery, which was led by top seed An San. An won a whopping three gold medals for her country in the women’s team, mixed team, and individual events, becoming the first archer who has done so at a single Games. An also made a new world record, scoring 680 points and effectively eclipsing the previous holder Lina Herasymenko of Ukraine. Her gold medals contributed to South Korea’s overall placement in the standings at number 16 with 6 gold, 4 silver, and 10 bronze medals. South Korea also won gold in the men’s team event as well.

While South Korea is considered a dominant country in terms of badminton, another country has emerged as the new leader: Indonesia. And no wonder, the country’s national sport IS badminton and has produced ace athletes that continue to dominate each Summer Olympics game. Indonesia won its first gold in the women’s doubles event against China, which took silver. South Korea eventually took the bronze. 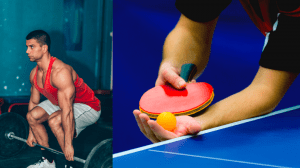 China ranked second overall in the medal count, thanks to its dominance in many of the sports categories, including weightlifting and table tennis.

When table tennis made its debut in 1988, China became a formidable competitor in the sports category. And why shouldn’t it be? Just as badminton became the national sport in Indonesia, table tennis was considered a national sport in China. Before the Tokyo Summer Olympics, China won a staggering 28 out of the 32 gold medals. As such, it was no surprise that China won gold in all table tennis categories except with the newly-introduced mixed doubles match, which was snagged by home country Japan.

China is also head and shoulders above the rest when it comes to weightlifting. The country made its all-time record haul at the Tokyo Summer Olympics with seven golds. The Philippines pulled a major upset to China’s gold medal sweep, thanks to a historic win by Hidilyn Diaz, a Filipino silver medalist at the 2016 Rio Games. Diaz won the Philippines ’ first-ever gold over world record holder Liao Qiuyun of China in the women’s 55kg category. Her back-to-back feat made her a hometown hero again in the Philippines, with the Philippine government and several brands giving her various rewards, including several luxury house and lot units, and luxury condos. 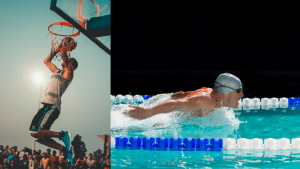 Home of the famous National Basketball Association (NBA and WNBA) and swimming greats like Michael Phelps, USA was an obvious contender for the gold in these sports.

Since its debut in 1936 (for men) and 1976 (for women), the United States of America has owned the sport in all but one campaign. Ahead of the 2020 Summer Olympics, the USA has won 15 of the 19 Olympic gold medals in men’s basketball, and 8 of 11 gold medals in women’s. The only time the USA didn’t dominate is in the 1980 Summer Olympics in Moscow, when they decided to boycott the Games.

Both the men’s and women’s teams won gold in basketball. Kevin Durant of the NBA’s Brooklyn Nets led the men’s team, which was composed of top-tier NBA talents. The women’s team has four Olympic gold winners, including Sue Bird and Diana Taurasi.

Swimming is also the sports category that the USA showed dominance in. Winning a staggering 11 gold, 10 silver, and 9 bronze medals for the country in Tokyo, doesn’t mean that the US didn’t have stiff competition over it. Australia and Great Britain were incredible in the teams’ events, earning them podium finishes in the process. South Africa and Canada are also showing prowess in individual events, thanks to its star athletes Tatjana Schoenmaker and Summer McIntosh. 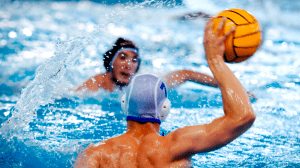 In terms of podium finishes, Hungary won the most of them since clinching the silver medal back in 1928. However, it saw some upsets in the recent Summer Olympics.

Hungary won gold medals in none of the 19 Summer Games, with the Hungarian men’s water polo team dominating in each Summer Olympics except three. However, the country clinched only bronze finishes in each of the men’s and women’s team matches in Tokyo. Although Great Britain and Sweden were considered powerhouses as well, the Tokyo Olympics saw Serbia and the USA winning gold, Spain, and Greece winning second in the Games. 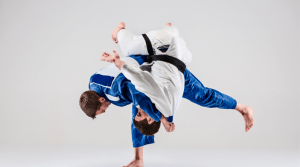 Judo’s rules dictate that each country can be represented by just one athlete per weight class. Japan was able to bag 84 medal finishes overall in judo since 1964, thanks to the 50 athletes it has sent over to compete in the contact sport over the years. In Judo, Japan is the only country that won more medals than any other nation.

The Tokyo Summer Olympics saw Japan bagging 12 more medals, 9 of them gold, making them the overall champions in the sport. France came second overall with 8 medals, with two of them gold. 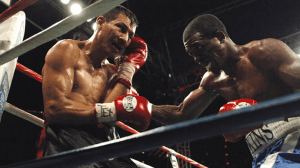 While Cuba dominates in boxing, the Philippine delegation’s performance at the Tokyo Summer Olympics was impressive.

When it comes to boxing, Cuba is always neck to neck with the United States of America. Medal count-wise, the USA has won more Olympic medals in boxing than Cuba at 113 to 73. However, Cuba is seen emerging as the dominant player in the field simply because overall, Cuba won more medals each time both countries participated together. The country’s boxing podium finishes contributed to one-third of Cuba’s 220 Olympic medals won.

In this year’s Summer Olympics, Cuba won five medals, which is less than the medals won by Great Britain and China. However, four out of five of them were gold. The USA placed tenth overall with 3 silver medals and 1 bronze.

Nibbling at 11th place overall is the Philippines, thanks to the historic silver medal finishes by Carlo Paalam, Nesthy Patacio, and a bronze medal by Eumir Marcial. The boxing team’s performance was considered exemplary in the Tokyo Summer Games, as Irish Magno was the only one who failed to clinch a podium finish. The three returned to the country with everyone from the government, private companies and brands showering them with cash prizes and real estate like luxury homes and luxury condos in prime locations. 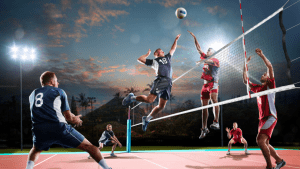 Brazil may have retained its sport as the dominant country in this sport, but it has some formidable challengers to watch out for in the next Summer Olympics.

According to a commenter, Brazil’s success in volleyball can be explained by its popularity in terms of the number of people who play it and the national interest in the sport. Volleyball is said to be the second most popular sport after basketball, and its matches are considered one of the most-watched. Moreover, they have a well-organized entity that supports national teams and competitions.

In this year’s Summer Olympics, however, a lot of countries vying for the dominant player title. Unbeatable Brazil was beaten for the first time by the USA in the women’s team category. France emerged as another dominant player in the sport when they won the men’s team. Argentina edged out Brazil and took home the bronze. The sport also saw Japan fighting for the title as well. Thanks to the playing strategies of Japan’s men’s team paralleling that of popular manga series Haikyuu, and the fact that they were eliminated in a close, fierce game against Brazil, means we will see more of Japan in the 2024 Summer Olympics vying for the top podium finish.

What makes an Olympic athlete? 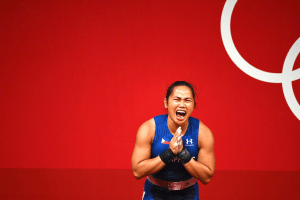 The victorious Hidilyn Diaz at the 2020 Tokyo Olympics. Image by Vincenzo Pinto/Agence France-Presse.

It is said that to be an athlete, you need more than just what you are capable to do. According to the new rules, the athletes need to perform a qualifying standard and have a good world ranking enough to compete as qualified athletes. This means that the bar in every sport is set much higher than usual. But to be more than that, athletes need to rise above expectations and deliver a performance worth noting.

Diaz, for example, wasn’t just stronger than her peers. Her award-winning performance at the Summer Olympics set the bar in terms of a weightlifting athlete. The 30-year-old pride of Zamboanga City tallied 97 kilograms in snatch against her Chinese competitor, and ultimately surprised everyone in both the weightlifting platform and the whole world when she did her Olympic record lift of 127 kilograms in clean & jerk. 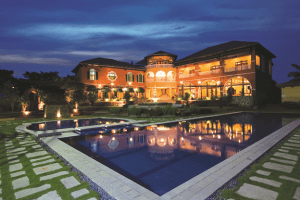 When it comes to the gold standard of luxury homes and luxury condos, Brittany leads in the Philippine real estate market with its attention to beauty and detail in its themed communities.

Much like our dominating countries in this list, the same can also be said for Brittany Corporation. In a competitive luxury real estate market in the Philippines, the ones worth investing in are those that deliver much more than just the purchase price.

The award-winning luxury residences of Brittany Corporation are well-known. Brittany is also the first in the country to create, develop, and manage beautiful residential communities with luxury properties. Each Brittany development is unique in style and thematic appeal. Brittany’s luxury communities are inspired by the world’s most stunning destinations, bringing these breathtaking places closer to home and making the beautiful, affluent lifestyle accessible to individuals who seek the gold standard.

Brittany, the luxury real estate brand created by Vista Land, the Philippines’ largest and most experienced homebuilder. Vista Land has been delivering real estate projects of unprecedented scope and achievement for over three decades, including premium real estate developments with great retail components. Vista Land has constructed more than 20 vertical residences and 250,000 homes for Filipino families in more than 60 towns and municipalities around the country.