What to Expect This Summer Paralympics 2021

While the world is not yet over the COVID-19 crisis, most of us are certainly desperate for a semblance of normalcy. Now, more than ever, people need to have a source of optimism — of hope. We do our best to keep up with our friends as well as current events, like the Tokyo Olympics held just this past month. With that out of the way, what should we expect this Summer Paralympics 2021?

The Summer Paralympics, more than just a symbol of unity, have long since inspired us with its message of overcoming adversity in achieving excellence. Amid this border-spanning adversity, this message is even more relevant as the world struggles with challenges that have ended millions of lives and upended international economies.

In today’s article, we at Brittany will discuss the upcoming Summer Paralympics 2021 and why you should be excited about it.

What are the Summer Paralympics? 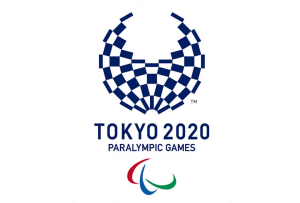 History of the Summer Paralympics Games

Also known as the Paralympics, this is an international event composed of multiple sports competitions made for participants with disabilities. The Paralympics accommodates many differently-abled athletes, including those with muscle power impairment, vision impairment, intellectual impairment, limb deficiency, short stature, and much more. These games are held every four years and are organized in parallel to the same city as the Olympics. It is governed by the IPC or the International Paralympics Committee.

To give you a sense of where the Summer Paralympics began, Brittany will provide you with a summary of the Paralympics’ history. 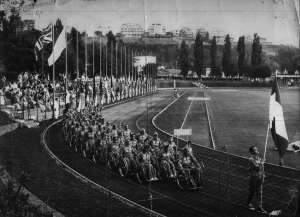 Sports for athletes living with disabilities have existed for over a century. Even during the 1800s, there were already sports clubs for deaf people in Berlin. However, it wasn’t until after the Second World War that the concept took hold.

At the request of the British Government, neurologist Ludwig Guttman opened a rehabilitation center in the Stoke Mandeville Hospital in Aylesbury, England. The center was mainly to help treat many WWII veterans with spinal injuries, most of which suffered disabilities that left them partially paralyzed. One of the center’s main activities for rehabilitation involved sports.

Four years later, in July 1948, Dr. Guttman organized the first competition involving WWII veterans, taking place in his rehabilitation facility at the Stoke Mandeville Hospital. This was a milestone for the disabled and would soon pave the way for the modern Paralympics games.

The competition was small, involving only 16 injured veterans (14 men and two women) who took part in an archery competition against each other. The event happened at the same time as the first post-war Summer Olympics in London.

At the next Olympics in 1952, Dutch war veterans joined the competition, cementing the start of the movement’s spread. The event was then dubbed the International Stoke Mandeville Games and had occurred every year until 1959.

A short time later, in 1960, the Stoke Mandeville Games, which began with a single sport and 16 participants, became the first Paralympic Games. Held in Rome, Italy, the international event now has 400 differently-abled athletes from 23 countries competing in 8 sports events.

Since then, the Paralympics have taken place concurrently with the Olympics every four years. The first Winter Games was also held in 1976 in Sweden and has also followed the Olympics. Both Paralympics games also have an Opening and Closing ceremony.

After the 1988 Summer Games in Seoul, Korea, and the 1992 Winter Games in Albertville, France, the Paralympics organizers and the IOC (International Olympics Committee) agreed on the “one bid, one city” practice, which dictated that whichever city bids to host the Olympics will also hold the Paralympics.

Establishment of the Paralympics

In the same year that the first Summer Paralympics games were held in Rome, the International Working Group on Sport for the Disabled was created to investigate sports problems for people with disabilities.

This resulted in creating the International Sport Organization for the Disabled (ISOD), which made a standard for accommodating athletes who could not enter the International Stoke Mandeville Games: athletes with vision impairment, amputees, people with paraplegia, and those who have cerebral palsy.

Soon, the logistical challenge of hosting the Games and the increased need for regional and national level representation demanded creating an overarching, more comprehensive international organization with the sole purpose of hosting and continually improving the Paralympics.

An Overview of the Summer Paralympics 2021 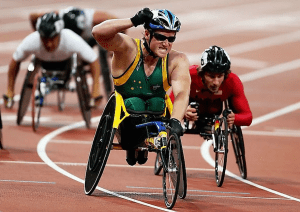 After a year of delays because of the pandemic, the world is more excited about the Summer Paralympics than usual. With a basic understanding of the Paralympics movement, we can now better appreciate the coming Summer Paralympics 2021 event in Tokyo, Japan. From August 25 to September 5, 2021, Paralympics athletes will compete in 22 sports across a whopping 537 events.

With that, here are the things to look out for in this upcoming Game.

As the Paralympics Movement evolves, two new games will be added this year: taekwondo and badminton. However, this also entailed removing two other games; there won’t be any 7-a-side soccer and sailing for this year’s Paralympics.

Para taekwondo is a relatively new sport; it was only in 2005 when the Para-Taekwondo Committee was formed, and only in 2009 when it held its first world championship. On the other hand, badminton has been around for longer. Both games debuted in the Parapan American Games last 2019.

The Tokyo 2021 Paralympics will begin a month and a day after the Olympics. An opening ceremony will herald it with the same amount of grandeur as its counterpart. Representing the entire world across ages, sexes, and even disabilities, the opening ceremony has traditionally celebrated the moment with large displays and concerts.

Local interest in the Paralympics was already at a boiling point before the pandemic, with 3.1 million bookings for only 2.3 million available tickets.

Strict COVID-19 restrictions may have eliminated large-scale in-person gatherings, but they didn’t manage to remove the hype. Officials are planning the opening ceremony to accommodate safety practices. You can watch it from the safety of your luxury house with your family or through an online watch party. 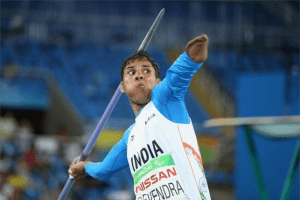 Of course, the Paralympics wouldn’t be complete without its roster of Paralympic stars. All eyes are focused on world-renowned Paralympics achievers, most notably the USA athletes, who won a total of 115 medals in the last 2016 Summer Paralympics in Rio. Gold medalists such as Deja Young for Track, Shown Morelli for cycling, Allysa Seely for the triathlon, and Jessica Long for swimming will be competing again in Tokyo, adamant in defending their well-earned medals.

Specific athletes to keep your eyes on are Oksana Masters, who already earned her medals in the winter rowing, and Nordic skiing, who is now setting her eyes on this year’s medals for cycling after she finished the fourth last time in Rio.

Chuck Aoki, a star of wheelchair rugby, aims for a gold medal after winning both silver and both from the last two Paralympics events. The US team for wheelchair basketball and volleyball will be defending their championship status in the Tokyo tournaments.

Of course, the Paralympics wouldn’t be genuinely complete without the appreciation of our athletes, who will no doubt be aiming for the top in swimming, taekwondo, and athletics events.

The marathons are one of the Paralympics’ most-watched events, and the one coming up this September is one of the most anticipated.

With a total of 16 medals throughout her whole career, Tatana McFadden from team USA is a star on the tracks, with a victorious and exciting record during her career. She has garnered a total of 22 wins in marathons from Boston, Chicago, London, and New York competitions and has swept the foursomes from 2013 to 2016. She’ll be gunning for the gold in Tokyo.

On the men’s side, Daniel Romanchuk from team USA has recently become the world’s top marathoner, championing competitions in Boston, Chicago, London, and New York before going to the Tokyo Paralympics with the singular desire to win the gold.

One of his fated competitors for the gold is Micheal Roeger, which has so far held the men’s world record in all of the four marathons that he’s raced to date, including T46 5,000m and 1,500m tracks. How will he fare against team USA’s Romanchuk?

All eyes are on British Alice Tai, following her amazing feat as a multiple world record holder for the S9 category. The tail also holds the record for three different strokes in the 50m category (backstroke, freestyle, and butterfly) and two records in the 100m category, and another in the 200m category. Everyone’s on edge, wanting to see how many medals she would bring home for the year. 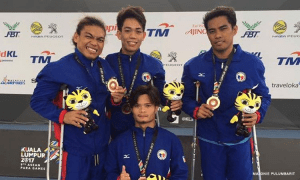 Of course, our overview of the Tokyo Paralympics wouldn’t be complete without our bets in the game. Our own country has five qualifiers for the Games across three sports. Brittany wants you to join in rooting for national pride, so here’s an introduction of our Filipino Paralympics athletes for the upcoming Summer Paralympics.

First up is the top Filipino Paralympics swimmer from Davao City, Ernie Gawilan. A native of Davao city, the athlete has recently cemented his entry in the Summer Paralympics after winning the Bronze medal in the IDM (Internationale Deutsche Meisterschaften) international para-swimming competition Berlin, Germany.

Ernie has participated in the 2016 Rio Paralympics, won the three gold medals in the 2018 Asian Para Games in Indonesia, and bagged the silver in the 2019 World Para Swimming in London, cementing his legacy as one of the most decorated para-athletes in the country.

Another one for the swimming events, Gary Bejino from Albay, is a silver and 2-bronze medalist from the 2018 Asian Para Games in Indonesia — a qualification that finalized his eligibility to join the upcoming Paralympics.

He will compete in the 400 m freestyle in the S6 category, 200m individual medley SM6 category, 50m butterfly S6, and 100m breaststroke SB.

With the first-ever Taekwondo competition in the 2021 Paralympics games, Asian Taekwondo Paralympic bronze medalist Allain Ganapin from Marikina is the country’s best for the sport’s maiden launch in the Tokyo Paralympics. He will compete in the men’s K44 -75kg division.

Veteran para-athlete Jerrold Mangliwan secured his entry for the Paralympics after qualifying in the 2021 World Para Athletics Grand Prix 400m wheelchair race in the T52 category, conducted at Nottwil, Switzerland.

Mangliwan, a native of San Jose del Monte, Bulacan, exceeded the Paralympics qualification standard for his category after finishing in a blazing 1 minute and 2.17 seconds (the average is 1 minute and 3.27 seconds). He is also a Rio Paralympian and won gold and silver medals in the 2015 ASEAN Para Games.

Another Filipino bid for a Paralympics athletics wins, Aceveda will make her Paralympics debut in the women’s F11/12 throw this year after meeting her qualifications standards.

More than a sports competition, the Tokyo Paralympics is a symbol of hope and national pride. From the struggles and victories of our Paralympics athletes, we can draw lessons of perseverance and determination despite overwhelming challenges: a message that we need in these trying times of a worldwide pandemic.

Here at Brittany, we want to share hope and national pride. One of the best ways to enjoy the upcoming Paralympics is by watching the grand from the safety of comfortable luxury homes with your immediate family. In Brittany’s various exclusive developments, we’ll make watching the Summer Paralympics from your luxury homes safer and more enjoyable.

Sports is a time-tested way to provide a sense of unity and hope even in difficult times. In the upcoming Summer Paralympics 2021, let’s all unite to root for our athletes.

UP NEXT: The First Filipino and Southeast Asian Olympic Medalist

UP NEXT: Which Country Dominates in the Summer Olympics?