With juggernauts of American comics like marvel comics and Stan Lee’s creations, one would surely get confused on the first step of collecting any valuable comic book. The quality golden age comics of the superhero genre could be a good start as your first comic, especially for the modern era. The particular copy of the originally published first appearance of any superhero with bump your collection because those tend to be where the most valuable comic book is.

How to start a comic book collection

Is comic book collecting worth it?

Yes. Collecting comic books is worth it. Like luxury houses and lots of Brittany Corporation, The most valuable comic book value increases as time passes. It’s an investment that can really bring in a nice income.

In terms of other values like sentimentality and bragging rights that you own a rare collector’s item, there’s something so satisfying about completing a collection.

What is a good comic to start with?

Although any comic book would be a decent start, you can begin asking yourself what series do you like? Are you into the Marvel universe? Or maybe you prefer the nitty-gritty DC universe? What timeline do you like? What Earth universe do you like? It doesn’t have to be the most expensive comic book.

Your beginner’s comic book can really range from the old comic books that you bought with your lunch money or you can go all out and spend money on an existing collection.

If you are new to the comic book universe in general, there are some introductory series that you may want to start with. 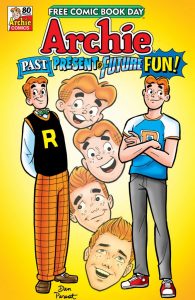 Archie is a comic a lot of people grew up with. | Image from archiecomics.com

Archie is probably one of the most popular comic series in the world. Started in 1941 in Pep Comics #22, Archie and his friends have been making people laugh with their slapstick humor, teen antics, and romantic mishaps! You follow Archie as he navigates his life and choosing between Betty and Veronica, never-ending eating with Jughead, and Reggie not being the best person.

There are two types of Archie comics, the classic Archie was discontinued as singles and is now in digest and double digest format (where the reader can get reprints and new stories all in one book.) It’s a more slice-of-life thing than the actual progress of stories. The shorts end up being episodes in a comedy series.

The second type of Archie comics is the newer, darker Archie that started in 2015. The characters of Archie were placed in a more modern and darker reality where continuous story-telling is the focus.

Either Archie is great for anyone who wants to get into comics. 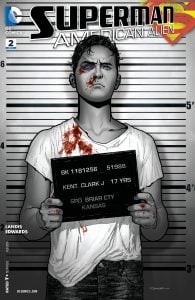 Superman: American Alien tells the origin story of Clark Kent and his journey as he becomes Superman, the Man of Steel.

“Each of the seven issues follows a different chapter of Clark’s life, from when he developed his powers during his childhood, to when he first moved to Metropolis. Each issue has its own distinct art style that correlates with the themes of each case, ranging from a bubbly Pixar-esque style when Clark was a child to grimy, bloody artwork that depicts his life of fighting crime.

Fun and full of heart, “Superman: American Alien” is a fantastically unique interpretation of the Last Son of Krypton’s story that is a great way for both newbies and comic book veterans alike to see Superman in a completely different light.” 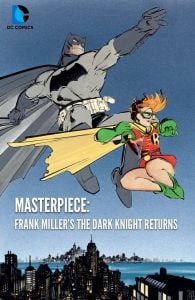 You would literally want to start with this just for Frank Miller. | Image from IMDb

The Dark Knight Returns begins at the end of Batman’s journey. Some people might say that this isn’t a good beginning into the Batman world, ubspectrum tells this:

“The story is entirely independent of the rest of the overly complicated DC multiverse, but it helps for readers to know of some basics of the Batman lore, such as his sidekick Robin and relationship with police commissioner Jim Gordon. The series also inspired Ben Affleck’s interpretation of Batman in the 2016 film, “Batman v. Superman: Dawn of Justice,” as well as its 2017 sequel, “Justice League.” It also has its own 2013 animated adaptation of the same name. “

It’s a great introduction to who are the key players in the Batman universe. Because it’s independent of the DC multiverse, there are fewer variables to consider and the focus is solely on Batman.

Where to keep a comic book collection

Now that you have your initial collection, comic books need space to be stored. The most expensive comic book sold would be best kept in a room without direct sunlight, preferably in a cool, dry place with a lot of space. A lot of collectors, especially those that don’t value the value of their comic books tend to just keep it underneath their bed or in a cabinet without any special protection. 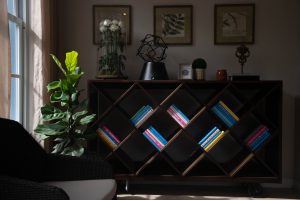 The interior of Brittany RFOs are ready for big comic book collections.

Not all houses are designed to house expensive comic books. Luxury houses and lots like Brittany Santa Rosa’s Eliot have the space needed to keep big comic book collections.  Although that’s not entirely bad, it does not preserve the value and condition of the comic. This is especially true for the most expensive comic book. Those kinds of valuable comics can sell for as high as a million dollars!

How do you take care of a comic book?

Taken from loc.gov, these are their suggestions on how to take care of expensive comic book collections:

“1. A cool (room temperature or below), relatively dry (about 35% relative humidity), clean, and stable environment (avoid attics, basements, and other locations with a high risk of leaks and environmental extremes)

You will need to store your expensive comic book collection in a cool, dry place. You have to make sure that the environment where you store your collection is controlled. The luxury houses and lots for sale by Brittany Corporation have rooms that can accommodate collections that need specific environments. Things like leaks and other environmental extremes are non-existent and even in the off chance that there is, Brittany Corporation would gladly help out! 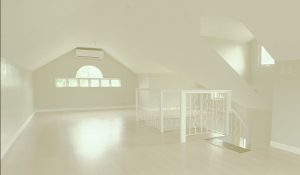 The RFO luxury home Carolyn in Georgia Club has a lot of airconditioned space for your comic book collection.

How much space do I need for my comic book collection?

The luxury homes from Brittany Corporation’s projects are designed with spacious rooms. There is a lot of storage space designed to keeps important collector’s items like expensive comic books. It’s very important to Brittany Corporation to be able to support your own type of luxury. Whether this luxury is taking long hot baths or even collecting comic books, there is surely a luxury home in Brittany that can cater to your needs.

What is the most expensive comic book sold?

The world record for most expensive comic book sold, the holy grail of expensive comic books, was Action Comics #1 with a Certified Guarantee Company grade (CGC) of 9.0. It was sold for over a million dollars at $3.2 million! That’s about as expensive as two Da Vinci Model Luxury Home in Portofino Alabang, a luxury condominium in Alpine Villas, and a Georgia Club Carolyn luxury house and lot in Santa Rosa combined! 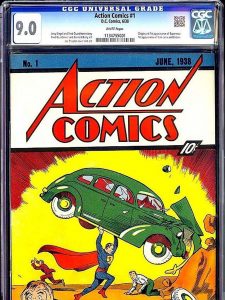 Action Comics 1 with CGC grade 9.0 is the most expensive comic book because this is where Superman was first introduced. | Image from USA Today Website

Action Comics 1 was such a highly sought-after debut issue of the first-ever appearance of Superman. It’s currently the most expensive copy in the world. Its appearance is near mint condition and it’s easy to understand why it had the highest price in the world!

What is the comic book grading system?

As I’ve mentioned earlier, one of the reasons comic books can be so expensive is because of the CGC or the Certified Guarantee Company Grade. The CGC is the official company that judges the quality and the legitimacy of comic books. Their grading system can also work on other collectibles like trading cards or even historical documents.

Here is a comprehensive guide to the CGC:

Gem Mint 10 – The highest grade assigned. The collectible must have no evidence of any manufacturing or handling defects.

Mint 9.9 – The collectible is nearly indistinguishable from a 10.0 but will have a very minor manufacturing defect. It will not have any evidence of handling defects.

NM- 9.2 – A very well-preserved collectible with some wear and small manufacturing or handling defects

VF/NM 9.0 – A very well-preserved collectible with good eye appeal. There will be a number of minor handling and/or manufacturing defects.

VF+ 8.5 – An attractive collectible with a moderate defect or a number of small defects.

VF 8.0 – An attractive collectible with a moderate defect or an accumulation of small defects.

VF- 7.5 – An above-average collectible with a moderate defect or an accumulation of small defects.

FN/VF 7.0 – An above-average collectible with a major defect or an accumulation of small defects.

FN+ 6.5 – An above-average collectible with a major defect and some smaller defects, or a significant accumulation of small defects.

FN 6.0 –  A slightly above-average collectible with a major defect and some smaller defects, or a significant accumulation of small defects.

VG-  3.5 – A below-average collectible with several major defects or an accumulation of multiple moderate defects.

G/VG 3.0 – A collectible that shows significant evidence of handling with several moderate-to-major defects.

G 2.5 – A collectible that shows extensive evidence of handling with multiple moderate-to-major defects.

G 2.0 – A collectible that shows extensive evidence of handling with numerous moderate-to-major defects.

G- 1.8 – A collectible that shows extensive evidence of handling with numerous major defects.

Fa/G 1.5 – A collectible that shows extensive evidence of handling with a heavy accumulation of major defects.

Fa 1.0 – A very poorly handled collectible with a heavy accumulation of major defects.

Poor 0.5 – A heavily defaced collectible with a number major defects. Some pieces will also be missing.

When starting out a hobby like collecting comic books, it is best to prepare for it. You can start with any comic book you want. Buy singles, or sets- it doesn’t matter. What matters is you are prepared to own your expensive comic book collection.

Having a spacious luxury home is a step you can take to ensure the gem mint quality of your collection. Brittany Corporation offers luxury houses and lots with your happiness and luxury in mind.

With everything going on, living in your own definition of luxury is one of the most important things. It keeps us grounded and it keeps us moving forward. If you are looking for the sign to start your expensive comic book collection, this is it.

This is the sign to start it. Just like how this is the sign that it’s time to live in your luxury. Embrace and define your own luxury. Brittany Corporation will be within every step of the way.