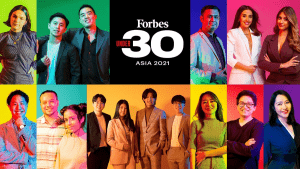 As the world’s leading business media brand, Forbes is known for its lists. It ranks wealthiest billionaires, top universities, leading women, and entertainers, to name a few. In 2011, it launched the Forbes 30 Under 30 list, focusing on millennial leaders of their respective communities and/or genres. Although an American brand, over time, it expanded its lists to Asia, Europe, and Africa. The potential of these new regions surely diversified and added color to the impressive collection.

To be an eligible member you have to be first nominated by a member of your committee who believes that you and your work should be recognized. The nominees are interviewed, fact-checked, and background-checked to see if they qualify and if, of course, they consent to be recognized. These individuals must also embody the entrepreneurial spirit that is synonymous with Forbes, the brand itself. They can only be eligible if they are 29 years old or under in the year they are nominated. Then, the Forbes 30 Under 30 committee shifts through hundreds of thousands of nominations to shortlist and rank the nominees by category and by country.

This year marks the list’s 10th year in looking for the best and boldest young leaders, creators, and thinkers to join the dynamic Forbes 30 Under 30 community. It’s another year to empower the youth to be disruptive, innovative, intelligent, and successful in their fields of passion. In return, listed members are integrated into the Forbes community, a global network of the world’s best leaders across all sectors. This expands the horizon for high-level meetings, business fundings, mentorship, once-in-a-lifetime partnerships, and exclusive deals.

The Philippines made it to the list even in the first Forbes 30 Under 30 Asia List back in 2016. It included 10 Filipinos in the roster total of 300. Featured in that year’s list is Amin Hataman, who was 15 at that time, under the Healthcare and science category for inventing a type of biodegradable plastic made from coconut.

This year, 8 Filipinos made the country proud for being part of the Forbes 30 Under 30 Asia List. Let’s get to know them and their impressive works. 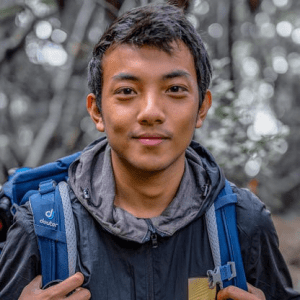 Gab Mejia is a 24-year-old explorer, conservation photographer, and environmental storyteller for the National Geographic Society. A Civil Engineering fresh graduate last July 21, he was a member of the Environmental and Energy Engineering Research Group of the University of the Philippines Diliman. He is also a member of the WWF Philippines National Youth Council and a columnist at The Manila Times.

His work focuses on raising awareness about the environment, particularly the wetlands, endangered wildlife, and indigenous communities. In 2019, he was awarded a filmmaking fellowship by the Jackson Wild Media Lab, which is considered the Oscars of nature filmmaking. Mejia is also a co-founder of Youth Engaged in Wetlands, a youth network across 30 countries launched in 2018 focused on the conservation of wetlands and migratory birds. 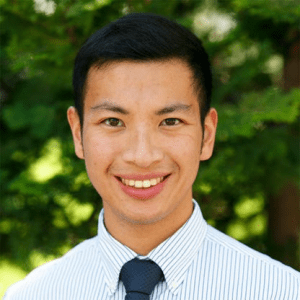 Edward graduated from Harvard Medical School this year, after taking up Molecular Biophysics and Biochemistry at Yale University. When the pandemic broke out in the Philippines, he served on the Covid-19 task force, which used social media to combat fake news about the virus. He also used his medical expertise to increase public awareness by contributing articles to the likes of Philippine Daily Inquirer and Rappler.

He continues his service for others by working as a research fellow at the Dana-Farber Cancer Institute, finding ways to deliver better care to disadvantaged populations in the U.S. and the Philippines. 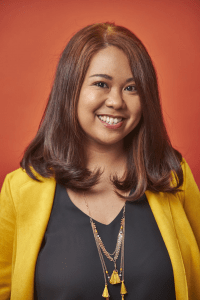 Carmina Bayombong saw a grueling problem affecting the Philippine youth and tried to solve it. Until today, Filipinos suffer from a lack of financial literacy and access, beginning at a young age. This continues a cycle of poverty and continued adversity. In 2016, she cofounded InvestEd, one of the country’s top educational loan providers.

The startup has its own credit rating and risk control algorithm for lending to financially disadvantaged youth in the Philippines. In short, it allows members of the underprivileged Filipino youth to maximize their potential in a data-driven and post-pandemic world, building a window to a future of financial stability. 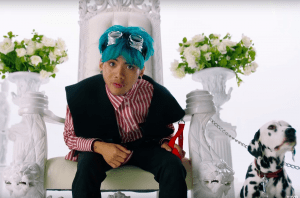 No Rome in his Narcissist music video featuring The 1975. Image by Billboards.

If you haven’t listened to ‘Narcissist’ by No Rome and The 1975, this is a sign that you should. If you’re into lo-fi and indie-pop artists such as Joji, then you are going to enjoy his music. In fact, his music is so good, he’s a Forbes 30 Under 30 member.

Known as “No Rome,” 23-year-old Gomez was born into a musical family. He began producing and releasing his own music at the age of 12 and received attention in the local Philippine scene, before gaining an even bigger audience when he moved to London in the UK. Presently, he is the first-ever Filipino to perform at Coachella in 2019, the largest annual music festival in the world. 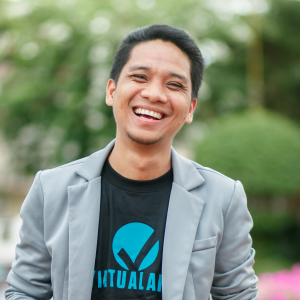 Ryan Gerseva experienced employment discrimination in his life for being diagnosed with Hepatitis B and decided he wanted to change the system. In 2015, he launched Virtualahan. The goal of the company is to break down employment barriers for stigmatized people, including those with disabilities and recovering drug addicts. It does so by providing digital-focused job-skills training for roles that can be done remotely such as digital creative work and social media marketing. As of the present, he has helped over 600 Filipinos find work and a consistent source of income.

In 2019, Gerseva won the Inspired Leadership Award at The Performance Theatre (TPT) conference held in Seattle, the first Filipino to receive such a distinction. Previous winners of the said award include business magnate and Virgin Group founder Sir Richard Branson as well as American philanthropist Melinda Gates of Microsoft and the Bill and Melinda Gates Foundation. He was also a Cisco Youth Leadership Award 2020 finalist, which recognizes the world’s most inspiring youth leaders. 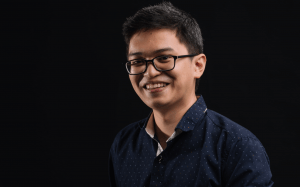 In the time of digital transformation and online interaction, Rexy Josh Dorado saw a grand opportunity. He founded Kumu in 2018, an app that proudly enforces a positive and lucrative space for Filipino content creators. Today, it is a household name and one of the top-grossing social media apps in the Philippines. More than 6 million registered members use the app to watch and live stream themselves performing talents, chatting about their interests, or absolutely anything.

However, Dorado isn’t finished yet. Right now, the Kumu team is working on integrating an AI-powered interface for e-commerce and partnering with global organizations for expansion. 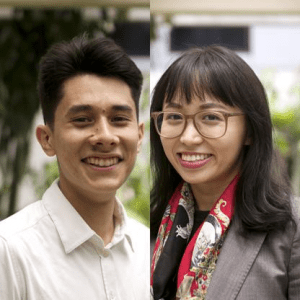 Eskwelabs was launched by the power duo Angela Chen and Aurelien Chu in Manila in May 2019. It began as a part-time data science program that utilized project-based learning and offered one of the first job guarantee-backed upskilling programs in the country. It lowered the cost of a data science education and accelerated employment opportunities by connecting learners directly with employers.

Right now, Eskwelabs is still an ed-tech startup that shows promising results already. It aims to help underserved members of the Philippine community such as stay-at-home mothers and individuals without a high school or college degree by providing training and access to remote work opportunities. It has taught more than 3 thousand people who are now in stable employment.

They won the best startup in the “Building the Digital Skills of Employees” category at the Asian Development Bank (ADB) 2019 Digital Week hackathon. In January of this year, the company joined forces with EduSpaze, a Singapore-based ed-tech accelerator program.

Forbes Recognition of the Philippines: A World-Class Leader

Based on the above-listed youth leaders, we can observe that Filipinos are making an impact across all sectors. With this global recognition, it is evident that local talent, ideas, and unique experiences are a source of inspiration for the world.

Two other industries Filipinos also lead in are real estate and architecture. The country boasts a rich history of integrating convenient home living and appreciation for nature in house structures. This value of combining beauty and comfort is still present today. In fact, some local companies incorporate this into the organization’s very core. 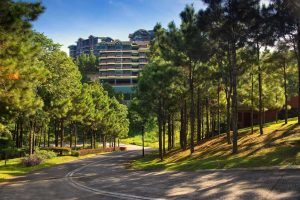 This is the case for Brittany Corporation, an award-winning world-class luxury residential brand by Vista Land. A Filipino brand by heart, it embodies the Old World charms of classic Europe and America. It is a pioneer in romantically thematic developments, an industry leader with a very strong history of excellence.

Timeless beauty and success are evident in every Brittany development, which rises in value with each passing year. These interesting times of uncertainty and lockdowns are no exception. In fact, there is a new appreciation for nature, space, and beauty due to the pandemic — all of which is what Brittany specializes in. Master-planned developments — such as the pine estate Crosswinds in Tagaytay, the Italian town community at Vista Alabang, and the stately manors of Promenade in Laguna — have only increased in popularity during these times. Moreover, it is only the beginning of its massive expansion, which is expected to be launched to the public very soon. Investors and home seekers alike are highly anticipating this, looking forward to these promising investment opportunities.

Brittany recognizes the talents of the Filipino youth, creating a young and attractive environment for disrupters and game-changers. It also appreciates local artisans and craftsmen, employing their beautiful architectural works in the sprawling landscapes. Each structure is truly a sight to see, yet safe, private, and exclusive just for the discerning few.

Own a piece of your own paradise at Brittany today, the leading luxury residential brand in the Philippines. Reserve now!

UP NEXT: Home Among The Stars: The Billionaire Space Race