How to Succeed, According to Billionaires

The dictionary definition of success (the opposite of failure) is “the attainment of wealth, position, honors, or the like.” Nonetheless, success is a concept that can be manifested in several different ways. It can be in the form of a financially secure and loving family, a luxury house and lot, a dream business venture, or esteemed social status, and what have you. Naturally, In different stages of our lives, our vision for success evolves with us, based on our experiences or influential people we meet and admire along the way. Hence, the personal definition of success can only be answered by you and you alone, by making yourself aware of what accomplishment, success, and prosperity in general means to you in your life.

However, the most sought-after definition of success or how to be successful in life isn’t the one prescribed by the dictionary, but rather, that of self-made billionaires. Bill Gates, Mark Zuckerberg, Richard Branson, and John Paul DeJoria are all self-made billionaires that have become household names and international sensations, due to the innovations they’ve made in their lives. On a local level, former Senator Manny B. Villar is a Filipino billionaire businessman known for his ascent from poverty to becoming the wealthiest man in the country. What makes these names so prominent is the fact that they earned their way up — a struggle, not every person is willing to go through for their dreams.

This journey from point A to point B sounds simple, yet took years of experience and wisdom to complete. And what makes the world admire them more is that they continue to persevere and reach new heights, as well as create a better world through their philanthropic charity work. A perfect example of this is Steve Jobs (1955-2011), who continued to innovate the Apple brand and product line until his last breath. Now the big question everyone has on their mind is, “How did they do it?” Although it is most likely that at one point, these individuals have also asked themselves, “How to become successful in life?”

As cliche as it may seem, but the greatest similarities that all these self-made billionaires have are that they are all passionate about their work and are consistently motivated to achieve great things. Let’s dive into more aspects these inspiring leaders have in common on how to become successful in life. 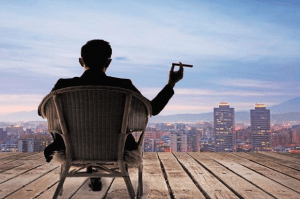 Knowing how to become successful in life starts with knowing yourself.

Success isn’t handed to you in a silver platter, not even an old rusty one. It’s something that you make for yourself over the course of years, decades, or sometimes, even a lifetime. It’s definitely not a one-hit-wonder like a catchy song or a lottery jackpot. Success is a long, arduous process, which entails the grit and the motivation to keep going.

In the beginning, one can dream of wanting to have a luxury house and lot in a fancy location, but that stems from being unhappy with his current living space. Essentially, you wouldn’t want to change anything for the better, if you were already happy with what you have. However, this does not mean that you will constantly compare yourself to others who have it better, or that you won’t be grateful for what and who you have in life. It’s all about reflecting on you and your current situation, and the room for improvement.

What do you want to change? For many self-made billionaires, they wanted to alleviate themselves from Poverty; and now that they’ve earned billions from their hard-earned work, they decided to give back and provide opportunities for people suffering from the same living situation they started in — opportunities they wish they had back then. That’s what it’s like for media mogul Oprah Winfrey, who formed Oprah’s Angel Network, a public charity that creates opportunities to enable underserved women and children to rise to their potential. Likewise, Manny Villar founded the Villar Sipag Social Institute for Poverty Alleviation and Governance to keep one less child from the streets, one less person without a job, one less family without a home, and one less OFW stranded overseas.

Not all self-made billionaires started from nothing. Some just happened to see a problem and then wanted to solve it. One day, we will probably see a billionaire who finally found the cure for cancer with the premise that he just wanted to help. Bill Gates didn’t find the cure to any disease, but according to him, “We need a lot of innovation to solve problems like malaria or obesity, but we’re also going to be focusing more on improving the quality of life,” a statement he released on how to become successful in life. He co-founded Microsoft with childhood friend Paul Allen in 1975 after dropping out of Harvard, firmly believing that this software will open gates to different ways that would make life easier – ultimately becoming one of the most famous pioneers in optimizing the internet. 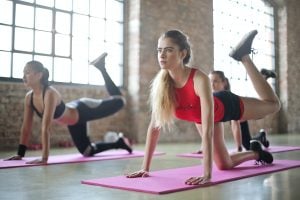 The path to success in life isn’t just about motivation and passion, it’s also about the lifestyle — the everyday routine and hustle. No wonder the famous quote by Sean Patrick Flanery goes, “Do something today that your future self will thank you for.” Of course, the self-made billionaires of the present have a lot to thank but are also very much thankful for themselves for the work that they had done and the fruitful decisions they have made in the past. No one can fast forward to the future to see if the decisions and struggles they are going through today will eventually bear fruit. There will definitely be times when it feels as though you are better off giving up, but remember that you didn’t come this far to only get this far.

The lifestyle you live right now is directly proportional to the future you are paving for yourself. If you live your life aimlessly, then you cannot expect a future of prosperity. Similar to athletes, you cannot win if you are not willing to dedicate your daily life to strenuous training, strict diets, early morning rituals, dedication to a coach, and a winner’s mindset, among others. Serena Williams, the most successful tennis player in the world, focuses each morning on playing tennis, while her afternoons are concentrated on fitness. Without impressive levels of hard and smart work, she wouldn’t have been able to achieve 23 major singles titles, eight number one rankings, and the record for most Grand Slam titles in singles, doubles, and mixed doubles combined — all while being a woman of color in a white male-focused industry (sports).

A pro tip for a daily routine on how to become successful in life is to understand the factors that affect your productivity. Do you find yourself more productive in the evenings or early mornings? Are you a multitasker or a focused hustler? Do you work effectively with music or in complete silence? These self-reflections determine the best routine that will efficiently result in the best outputs, with fewer frustrations and unnecessary worries. A morning routine is the most important routine on how to become successful in life. Many billionaires swear by a strict morning routine of meditation to jump-start their day with a clear mindset. However, the business magnate is most famously known for founding SpaceX and PayPal, Elon Musk likes to get right down to business as soon as he wakes up at seven in the morning, claiming to work 120 hours a week. On average, billionaires wake up around 5:30 AM to give them enough energy and time that they need to be productive throughout the day.

Another important thing to note is that they prioritize their health. Similar to athletes, fitness and a healthy diet keep their mindset focused and positive. Along with exercise, billionaires like to read, either to benchmark, or be updated with the latest industry news from a variety of sources — national dailies, biographies, industry magazines, and business books. Not only does reading broaden their knowledge, but also interests them by providing them with new insights and business ideas. In fact, popular master investor Warren Buffet spends 80% of his days reading. At nighttime, these highly productive individuals take time to contemplate their next steps or short-term goals that they will work on in the succeeding days or weeks. They ask themselves questions such as, “What can I do to make more money?” “Does my job make me happy?” “Am I exercising enough?” “What other charities can I get involved in?” and even sometimes still, “How to become successful in life?” Last, but not least, is that rest and sleep are given so much importance. Founder of the multinational technology company Amazon, Jeff Bezos makes eight hours of sleep a nightly requirement for himself. These habits worth trying have proven to be highly effective. And if you want to know how to become successful in life, you need to establish the right routine and set of habits to keep you on track. After all, “In the long term, your habits will determine your future,” Rafael Badziag, an entrepreneur and expert in the psychology of entrepreneurship wrote in his book.

Let Your Success Speak for Itself Through Your Actions and Personality

As mentioned in the previous section, how to become successful in life very much depends on your everyday lifestyle — a lifestyle of hard work, precision, grit, and most importantly, routine. A set routine makes it easier to hardwire your body for success, and this requires discipline. Studies have shown that, on average, it takes more than two months before a new behavior becomes automatic; 66 days to be exact. With this, constant discipline is needed to turn behavior into a healthy habit. Of course, it goes without saying that this shift in lifestyle eventually also transforms your personality — a personality more suited for your established everyday routine and vision for success. This is manifested in your personality and mentality in many different ways. One of which is that you will find yourself less prone to distractions and unnecessary events when you have set your mind to a vision and a mission. Fortunately, over time, a combination of all your efforts internally will yield corresponding tangible results. One by one, you’ll be able to tick off items from your bucket list, while maybe adding some more.

With all that being said, words never really held much meaning without actions, materials, or facts to substantiate them. You don’t walk up to someone and tell them you’re successful unless you’re being interviewed regarding the subject. What makes one’s efforts and success known by their social circles lie in personal assets. These include cash and cash equivalents, PPE (Property, Plant, and Equipment), vehicles, furniture, patents (intangible assets), among others. However, the best asset that can speak for both of your personality as well as your success, is your luxury house and lot. This type of luxury embodies the location, exclusivity, security, and lifestyle that you deserve to enjoy every day. 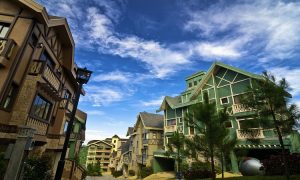 Crosswinds Tagaytay is a Swiss-inspired mountain resort with a well-maintained and eco-friendly haven, without compromising luxury.

Brittany corporation offers luxury houses and lots that boast of your success. If your idea of how to be successful in life includes being well-traveled, feast your eyes on the assortment of themed developments Brittany offers, which are reminiscent of beautiful destinations in the world – namely Mediterranean-Italy, nature embraced Switzerland, Classic England, and charming America. With sprawling master-planned themed developments in key locations, 24/7 security personnel, well-maintained amenities, guaranteed exclusivity, all incorporated in beautiful landscapes, there is no other home that comes close to mind when one thinks of success.

UP NEXT: 4 Billionaire Success Stories You Should Know About | Brittany Corporation