4 Billionaire Success Stories You Should Know About

Success stories are a theme of movies, books, and imagination. Oftentimes, we even create our own success stories in our heads – owning the most beautiful houses in the Philippines, getting married to our dream partners, owning that extremely expensive sports car, investing in luxury real estate, or raising our children in a luxury mansion house. The good news is that people in real life have actually stepped out of their comfort zones and showed us what it is like to live the success story of their dreams. These are the self-made billionaires who show us power, wisdom, and philanthropy. The likes of Elon Musk, Oprah Winfrey, and Jeff Bezos create the picture. 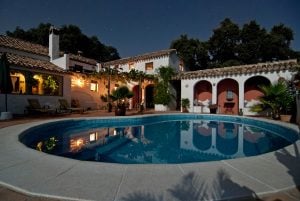 A luxury mansion house by Brittany Corporation is the perfect symbol of success.

However, their life stories have also shown us that it takes a lot to be picture perfect. After all, it is not a success story without a true test of character, grit, and determination to reach their goals. And even now that they have achieved what most people think of as peak success such as owning luxury real estate properties, many of these self-made billionaires consider themselves as warriors who have only just begun.

Let’s take a look at 5 billionaire success stories that will surely inspire you to create your own destiny. If you have not watched the highly acclaimed and well-reviewed movie The Blind Side starring Sandra Bullock, then this is the sign to place it on your to-watch list.

Michael Oher was a homeless child whose mother was a crack addict living in public housing and whose estranged father was murdered when Michael was just in high school. He was born in 1986 during the crack cocaine epidemic that affected poorer areas in the US. There, he and his 11 siblings grew up experiencing troubled childhoods. Although his mother tried to find work, her struggle with drug addiction caused child services to remove him and his siblings from their parents when he was just in first grade. From then on, he was switching foster homes.

Now Michael Oher’s is an inspiring story that started off with the help of a few good people, and reading more about it would definitely restore your faith in humanity. After jumping from one school to another and repeating grades, Tony Henderson saw that he was a good kid with an athletic build. He was an auto mechanic who gave him a temporary home and enrolled him into a Christian school, where he met the Tuohys, a wealthy family whose children went to the same school. At age sixteen, seeing that he wore the same clothes every day and didn’t eat lunch, the Tuohys opened their arms and opened their doors to him. From homelessness to living in a luxury mansion house. This is where he first felt loved and a part of a family. He also began to thrive as an American football athlete. He eventually received numerous scholarship offers to top universities for his outstanding performance in the sport.

Michael Oher is considered to be one of the most popular football offensive tackles in the United States and is currently worth more than $20 million or PhP1 billion. His story proves that success can be inspired through the goodness of the people around you, and the determination to rise above whatever circumstances you find yourself in.

One of the greatest things in life is a home. Check out the most beautiful houses in the Philippines only at Brittany Corporation. 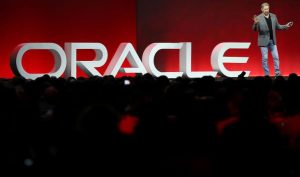 One of the biggest names in the tech industry would not be the same without the success story of Larry Ellison. Born in 1944 to a Jewish single mother in the poorer areas of America, he did not know until later on that he was adopted by his aunt and uncle after his mother had to give him away since she was not able to care for him when he went down with pneumonia. His adoptive father was a Russian immigrant government employee who struggled to make ends meet for the family during the Great Depression. He attended college at the University of Illinois at Urbana–Champaign where he was awarded science student of the year in pre-med. However, he dropped out due to his adoptive mother’s death, with whom he was reportedly very close. After that, he was admitted to the University of Chicago but dropped out again shortly after.

Larry Ellison took a leap of faith and moved to Berkeley, California at age twenty-two. He found himself in the right place at the right time in what would soon be the future of Silicon Valley. Here, he worked odd jobs for tech firms where he adopted computer and programming skills. He later earned enough money to start a small company with his partners called Software Development Laboratories. The company was inspired by IBM computer scientist Edgar F. Codd’s theories of a so-called relational database. This database was a way for computer systems to store and access information – a theory that Larry Ellison brought to reality. At the time, such a database was revolutionary and is something that we use every day. The company formally became Oracle Systems Corp. after its flagship product in 1982.

However, like most success stories, it was definitely not a smooth sail from there. In 1990, the company was close to bankruptcy, which forced the company to terminate 10% of its employees. Larry was at breaking point, yet he decided to push forward and sure enough, he was able to rebuild the company after a solid decade. He also began investing in his competitors like Salesforce and other tech companies as well, including Tesla and for a while, Apple.

For what it’s worth, Ellison didn’t become a billionaire until age 49. Now, he has a net worth of $84.3 billion, according to Bloomberg’s Billionaires Index, making him the 10th richest person in the world.

He also has an eye for luxury real estate – not only owning luxury mansion houses but also an entire island in Hawaii. Get your own cool getaway luxury house and lot for sale at Crosswinds Tagaytay. 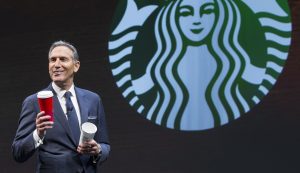 3. Starbucks CEO Howard Schultz worked to pay for his own education as the first college graduate in his family line

Son to immigrants, Howard Schultz, and his two siblings were born in the projects of Brooklyn. His father was a laborer who had difficulty working multiple jobs to provide for his family after returning from World War II. Howard even mentioned on his website that his most memorable image of his father was watching him slumped against the couch with a cast, distraught from being fired from his job after breaking his hip and ankle while delivering cloth diapers. He, like many Americans at that time, had no health insurance to cover his medical fees. This problem sparked a fire in Howard to live a better life for himself and others.

Neither of Howard Schultz’s parents graduated high school, so he knew they were proud when he graduated college. Unfortunately, his parents couldn’t afford to attend the ceremony. He worked hard to attend college at Northern Michigan University through a sports scholarship, but he fell short. Instead of giving up, he depended on student loans, worked multiple side jobs, and even sold his blood at one point when things got tough. After graduating with a degree in communications, he found himself doing well in sales. He sold office equipment door-to-door and made up to fifty cold calls a day. He continued to do sales for other companies and always gave half his paycheck to his parents. In 1982, he met with customers who owned a coffee shop called Starbucks and was instantly enamored by the coffee as well as the caffeinated atmosphere. This was the moment he fell in love with coffee.

Eventually, Howard worked in marketing for Starbucks. By this time, coffee was a growing passion. On a business trip to Italy, he was able to taste his first espresso and found that Italian cafes were full of romance and a sense of community where people could sit and chitchat. It was nothing like Starbucks back then in America, where there was no seating and the only coffee they had was the whole bean. After butting heads on this with the Starbucks founders, he left the company and started his own coffee brand named Il Giornale, named after a Milanese newspaper. He merged with Starbucks during the 2008 financial crisis, where he was able to skyrocket Starbucks into the international brand we know today.

Remembering his parents’ struggles, Starbucks was one of the first companies in 1988 to provide health insurance to all its employees, including part-timers. In 1991, Starbucks was the only company to offer stock ownership to all its employees, coined Bean Stock. Bean Stock has generated more than $1.5 billion in pre-tax gains for the company’s baristas and managers, helping workers earn savings – an opportunity Howard’s parents did not experience. In 2014, the company also partnered with Arizona State University to provide a tuition-free college education program for its employees. Throughout the years, Starbucks has grown popular for its coffee and recognized for its humanitarian initiatives.

Today, Starbucks has more than 21 thousand stores in 65 countries, and Howard Schultz has a net worth of $3.1 billion. This amazing success story shows just how much more you get out of giving back.

Not all self-made billionaires started their lives in the city. Kamprad was raised on a small farm in Sweden. Born a natural businessman, he was selling matches in bulk at age five. He later expanded to fish, Christmas decorations, and pens as a peddler around town with his bike. Finally, at age seventeen, his father gave him a cash reward for succeeding in his studies. With this money, he founded IKEA right at his uncle’s kitchen table. Fun fact: IKEA stands for his initials (Ingvar Kamprad), his family farm (Elmtaryd), and the village he grew up in (Agunnaryd). Now I haven’t encountered a corporation with a name that is more personal than that.

However, unbeknownst to many, IKEA didn’t start out as a furniture company. It began as a small mail-order business, which is the buy and sell of goods through mail delivery. Eventually, he found that furniture became the company’s biggest seller, and so he devoted most of his efforts to it. Today, IKEA is a multinational conglomerate specialized in designing and selling ready-to-assemble furniture. It is also so popular that it was already a household name in the Philippines before IKEA reached the country, which hasn’t even fully opened its doors to the public yet. A seventeen-year-old high school farm boy was able to do that.

Unlike many billionaires we know of, Kamprad is actually praised worldwide for his modesty. With a net worth of $42.5 billion at the time of his death in 2018, it is truly remarkable that he chose to fly economy whenever he traveled and his staff reported that he would visit IKEA often to enjoy a “cheap meal.” He also highly encouraged his employees to recycle and use both sides of the paper. As he once said in an interview, “It is not only for cost reasons that we avoid the luxury hotels. We don’t need flashy cars, impressive titles, uniforms, or other status symbols. We rely on our strength and our will!”

Furniture meant a great deal to Kamprad. It was his success story. Find success in your own luxury house and lot for sale right here in the Philippines.

For those who are interested to be a seller for Brittany, visit our E-Suite seller’s portal here.

Concerns on your home? Click on our Vista Land Homeowner’s Portal.