It has never been easier for tourists and visitors to go to Tagaytay or even find house and lot near Nuvali in Santa Rosa until the Cavite-Laguna Expressway (CALAX) came into completion.

Though the complete 45-kilometer expressway is anticipated to be in full completion by 2023, the Silang East Exchange of the CALAX was finally opened on August 24 this year. 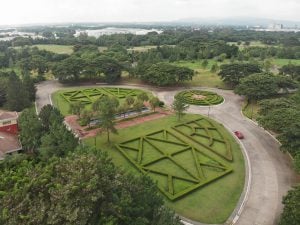 Why was the CALAX Made?

The government aims to develop national policies and provide transportation facilities for the Ecozones in Cavite and Laguna. Another thing is to improve traffic flow, especially along Governor’s Drive, Aguinaldo Highway, and Sta. Rosa-Tagaytay Road. These areas are prone to traffic jams. The action will result in the development of a competitive investment environment for Region IV-A/CALABARZON.

At the South Luzon Expressway’s Greenfield City (Mamplasan) Exit in Biñan, CALAX begins at a roundabout before continuing west and turning southwest through the undeveloped private property.

Near the intersection of Greenfield Parkway and Laguna Boulevard, it enters the Laguna Boulevard right-of-way. Continuing southwest, it passes barangays Loma and Timbao, which combine developed and undeveloped areas. Afterward, it crosses the Laguna Technopark, the Laguna Campus of De La Salle University, and several gated communities. You can have access to them through service roads that are also Laguna Boulevard’s southbound lanes. 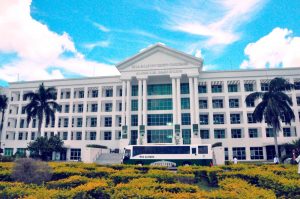 In this expressway section, bridges and mechanically stabilized earth walls cover major intersections and accesses, while a viaduct goes over another significant intersection.

It crosses the Silang-Santa Rosa River and the Cavite-Laguna provincial boundary again before leaving Nuvali Boulevard. It continues through cornfields until it reaches the Santa Rosa City Exit, leading to Santa Rosa-Tagaytay Road and easy route towards the off-road trails by mountain bike near Nuvali. The interchange is linked to the Cavite sector of the expressway by a stub section west of it.

Near the Ayala Westgrove Heights, the expressway continues southwest and crosses over a bridge before entering a cut section. Following a northwest turn, the road crosses over Tibig Road before ending at the Tibig-Kaong interchange, an east-west diamond interchange. The expressway will be connected to the Cavite segment by road west of the Silang East interchange.

SUGGESTED READ: A Guide to the Future UST in Santa Rosa | Luxury Homes by Brittany

In time for All Saints’ Day and All Souls’ Day, the first 8.9 kilometers (5.5 mi) of the expressway became accessible on October 30, 2019. Ten thousand vehicles can enter and exit at the Mamplasan Interchange in Biñan, Laguna, and Santa Rosa – Tagaytay Road. DPWH Secretary Mark Villar reported that this would reduce travel time to 10 minutes from 45 minutes. However, the segment was supposed to be operational by December 2018 or the beginning of February 2019. 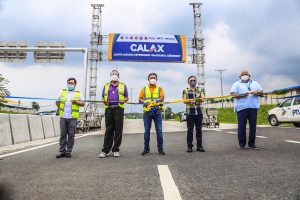 The Laguna Technopark Exit in Biñan and Laguna Boulevard Exit in Santa Rosa opened on August 18, 2020.

Silang East interchange in Cavite opens to the public on August 24, 2021. This section is 6 kilometers long (3.7 miles long). But it wasn’t supposed to open until June 2021. In the meantime, construction on the area leading to the Silang interchange is scheduled for 2022.

How much is the toll fee in CALAX?

There is a toll system for the Cavite-Laguna Expressway, which varies according to the type of vehicle and the distance traveled. Initially, there were two operational toll gates on the first segment of the 8.9-kilometer (5.5 mi) expressway, and motorists paid a fixed rate at their exit points.

The toll rates are inclusive of 12% VAT, according to the law.

What areas do CALAX pass? 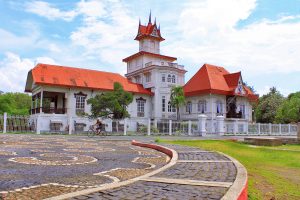 A first-class municipality in the province of Cavite. | Photo from Wikimedia Commons

The infrastructure project for CALAX will begin in Kawit, Cavite, as depicted in the CALAX route map. This municipality is historically significant for being the hometown of the Philippines ‘ first president, Emilio Aguinaldo, whose birthplace is the cradle of Philippine independence. 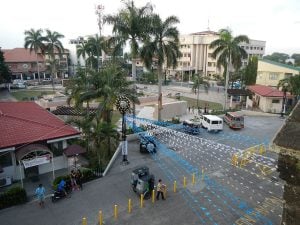 The city named after General Mariano Trias is a thriving community. | Photo from Wikimedia Commons

In addition to housing various industries, such as banking, agriculture, and tourism, Imus is one of the most urbanized cities in the province. Imus’ manufacturing industry is particularly noteworthy; Annie’s Candy Manufacturing, Inc., Liwayway Markets, and San Miguel-Yamamura Asia Corp are among the companies housed in the Imus Informal Industrial Estate and Anabu Hills Industrial Estate. Additionally, electronics, food, bamboo, woodcraft, and furniture, all produced to export standards, can be found in the area. 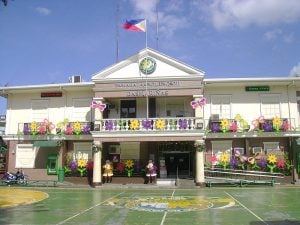 The growing congestion and outward urban expansion of the Manila Metropolitan area has led to its rapid development in the late 1900s. | Photo by Wikimedia Commons

The route map of the Cavite-Laguna Expressway above shows how this city will also benefit from the new road network. IBPAP hailed Dasmariñas as a “Next Wave City”: not only does it house several high-tech companies, but it is also considered an ideal location for companies in the information technology and business process outsourcing sectors.

Originally a predominantly agricultural municipality, most Carmona residents make their living by producing crops, fruit, and vegetables. Nevertheless, Carmona, like most of Cavite, has been industrialized over the years. As a result, a large part of the economy revolves around food producers, metalworkers, concrete producers, artisans, furniture manufacturers, garment manufacturers, and countless other industries.

CALAX provides services to this landlocked municipality as well. Silang’s economy is primarily based on agriculture, including crop and fruit production and swine and poultry production. Nevertheless, Silang saw a boom in its manufacturing and trade industries after the advent of industrialization. At present, Daiichi Industrial Park is home to TOMS Electronics, BIG Philippines, Yushin Development, STAHL Philippines, and Maguyam Industrial Complex. 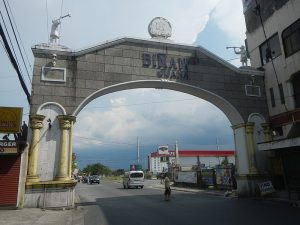 Binan has become both a suburban residential community of Metro Manila and a location for some of the Philippines’ largest industrial estates and export processing zones. | Photo from Wikimedia Commons

Biñan has a huge public market, which is famous for specializing in local foods and footwear. It also has one of the most prominent industrial estates in the province and a significant export processing zone.

As a result of the Cavite-Laguna Expressway project, the Lion City of South Luzon also benefits. Santa Rosa is one of the wealthiest Next Wave Cities, surpassing Calamba and Batangas in terms of annual income. Part of its economic growth is attributed to its development in manufacturing and information technology. Therefore, you can also find your choice of luxury property in Santa Rosa. 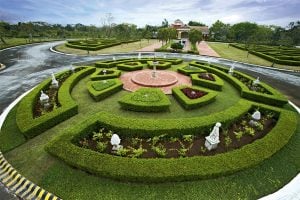 Santa Rosa has some of the most beautiful houses in the Philippines.

In the Philippines, Santa Rosa is often referred to as the Detroit of the Philippines due to its massive concentration of automakers such as Toyota, Honda, Mitsubishi, and Nissan that produce 95 percent of the country’s auto parts. A few of the city’s special economic zones and industrial parks include Greenfield Automotive Park, Meridian Industrial Complex, and Daystar Santa Rosa Industrial Park. Santa Rosa is also a perfect choice for people who are looking for a beautiful house and lot near Nuvali.

There are other points of interest available in the area, including the Santa Rosa Museum, Enchanted Kingdom, Santa Rosa Community Hospital, and the University of Santo Tomas Santa Rosa Campus.

The Cavite-Laguna Expressway (CALAX) will improve the traffic congestion and provide significant advantages to the mentioned areas above, including Santa Rosa City.

And for those looking for luxury homes in Santa Rosa that are located just near Nuvali, it would never be more manageable since traveling along the CALAX is now a relief. In this piece of heaven, you can find your dream luxury house and lot for sale amid nature and modernization.

If you’re planning to get a house and lot near Nuvali in Santa Rosa, then this is the right time to put your plan into action!