We all know that celebrities have a lot on their plate. Many of them have a unique attitude when it comes to unwind and recharge from the busy life in show business. Some go abroad and explore other cultures and enjoy their cuisine. Many of the celebrities go into social Media and update their fans on a day-to-day basis like what they eat, gym routines, what excites them and where their next adventure is. Some celebrity stars who are among the ladies collect luxury brands such as bags, shoes, jewelry, and many more. Some of them like big bikes. They were the first ones to enjoy products that are not available on the market yet to excite fans.

While female celebrities collect luxury brands, male celebrities have their collections also. Most of the male celebrities collect motorcycle big bikes which are very luxurious. Males are undoubtedly the one who’s in for adventures. Their big bikes take them to places where they can unwind as well enjoy. One of the satisfaction when it comes to traveling especially on big bikes is the scenery they enjoy while driving their favorite vehicle. Crosswinds Tagaytay is a perfect getaway for everyone who wants an adventure with their motorcycle big bikes. Britanny established a picturesque beauty among the forest of Tagaytay intending to give its clients a good place to relax and enjoy the beauty of Tagaytay. It is a perfect place to hang out for motorcycle big bike enthusiasts. The Crosswinds Tagaytay has a large area with a designated road for vehicles. It also offers luxury homes in Tagaytay to spend a night or two and enjoy its fresh air.

Dingdong Dantes is an exclusive talent of the GMA network and gained the title “Primetime King” along with his wife, Marian Rivera who is the network’s “Primetime Queen”. Dingdong Dantes founded the YesPinoy foundation and manages his film studio known as AgostoDos Pictures.

Dantes loves motorcycles, he even drove his motorbike at his wedding that was gifted by his wife which is a Ducati Diavel in 2011 amounting to 1.25 million. The family had a maternal shoot during their second child with the theme of the motorcycle.

Dingdong Dantes is part of a motorbike enthusiast namely Euro Monkeys Philippines that supports responsible riding along with other male celebrity that collects motorbike. He also attended a California Superbike School in Clark, Pampanga to gain knowledge on how to be a safe driver and enjoy a safe ride. 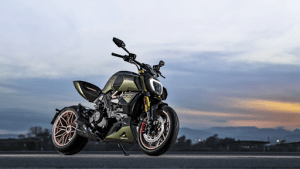 Dingdong used his motorbike to his wedding.
| Photo by Ducati.com

Paulo Avelino is a Filipino actor, model, and singer. He was first introduced as a finalist on the GMA network’s reality talent show Starstruck in 2006. He made a breakthrough role as Gregorio Del Pilar in the historical film, Heneral Luna in 2015 which was followed by a sequel film Goyo: Ang Batang Heneral. He had a son with actress, LJ Reyes named Ethan Akio Reyes.

Hitting the road on his motorbike is one of Paulo Avelino’s favorite hobbies. He expressed in an interview that when he is on the road, he feels at peace. He is also a racing enthusiast and had a couple of times on a racing event. Even though Paulo had several accidents while on the road, his love for motorbikes won’t hinder him. One accident resulted in dislocating his right shoulder but still, he managed to go back to the track and finished his race at a slower pace. He finished his course at a bike training center in California Superbike School Philippines in Parañaque City for levels 3 and 4. 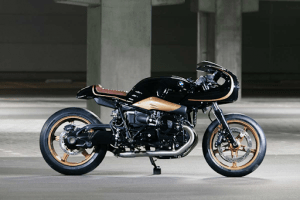 Paulo Avelino owns BMW R nine T with a retail price of 1.19 million Pesos which was introduced by BMW Motorrad in 2017. His father influenced him on his love for motorbikes. | Photo by AutoEvolution

Richard Gutierrez is the son of actor Eddie Gutierrez and Annabelle Rama. He is a father to two sons, Zion and Aki Gutierrez, and married to a beautiful wife, Sarah Lahbati. More than being known as a son of an actor, Richard Gutierrez is also known to dream of owning a motorcycle team. He started riding a 250cc Yamaha dirtbike and later on, the bikes just grew bigger and bigger. He has a collection of bikes and some are customized to his satisfaction.

Richard owns one of the three Ducati Paul Smart here in the Philippines. He achieved his dream of owning a motorcycle racing team with his friend, Raniel Resuelo, the 2015 Philippine Superbike Champion. The racing team is named Rgutz Wheelteek Racing Team. Their team was supplied a pair of Kawasaki ZX-10Rs for the 2016 Philippine National superbike series. Though the team suffered a setback before the series starts, they were motivated that they can overcome any hurdles along the way. 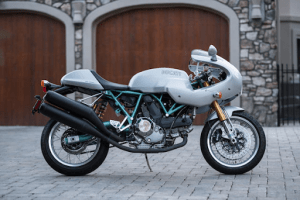 Richard Gutierrez is one of the three legit owner of Ducati Paul Smart in the Philippines. | Photo by Bonham

Ian Veneracion is a Filipino athlete, actor, and pilot. He is a licensed private pilot, skydiver, paragliding pilot, and scuba diver. He is married to an industrial engineer, Pam Gallardo. His career started as an action star in several films. He was a rider for the Shell-Yamaha motocross racing team between 2004 and 2006.

He is indeed an adventurer and motorcycle lover by heart. His fans are thrilled by his adventures. His love for motorcycles influence his son Draco as well, they even drove Sagada through the motorcycle. The 46-year-old actor takes a break from the exhausting showbiz work through long rides with bike buddies. One scene of the teleserye he did with Bea Alonzo, A Love to Last, was a romantic midnight excursion on wheels. 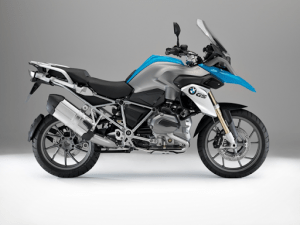 It would be a privilege if Ian Veneracion plans to visit Crosswinds. Brittany will welcome not only him but also his family in the luxury homes in Tagaytay. We can’t wait for it to happen.

Jericho Rosales won the Mr. Pogi talent search on the noontime variety television show Eat Bulaga. His career flourished up to the present. He has a son named Santino Palomares Rosales to his former partner, Kai Palomares. He is married to a model, Kim Jones in a beach wedding in 2014.

Aside from garnering attention from his showbiz career, his fans are amazed at his love for motorbikes. When he has no projects, he spends three to five days a week on his motorbike. He is part of the riding group Brat Pack along with some bike enthusiasts Drew Arellano and Ryan Agoncillo. Jericho has a collection of motorbikes that includes a Vespa scooter, a dirt bike, and a Ducati Scrambler. He revealed that he wants to build his customized motorbike especially for him even if takes a long time to finish it. 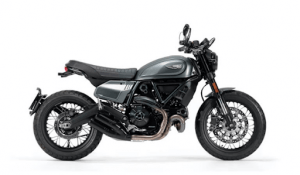 Jericho’s collection of motorbikes will be a perfect fit in the luxury homes in Tagaytay where Brittany erected Crosswinds. Like his garage at home, Crosswinds can accommodate all of it. | Photo by scramblerducati.com

Coco Martin is a Black Nazarene devotee which is much known to his fans. Who would not know FPJs Ang Probinsyano which is continually airing since 2015 up to the present? He earned his break in showbiz through the indie scene and is now dubbed as the “Primetime King.”

Apart from being the Primetime King, Coco Martin loves motorbikes. He said to one of his interviews that riding motorbikes give him pure joy and relaxation that’s why the actor has a collection of expensive motorbikes. He started riding a motorcycle when he was 16 using their family tricycle to earn from driving to fetch and drop passengers.

SUGGESTED READ: The Best Big Bike Brands in the Philippines

Coco Martin invested his hard-earned money in buying not one or two motorcycles but eleven and most of them are big bikes. He also revealed that the very first big bike he had was gifted to him by the actress Dawn Zulueta when they starred in a romantic melodrama television series in 2012. He loves to visit places surrounded by high mountains and Crosswinds will surely welcome him and let him stay in the luxury homes in Tagaytay by Brittany. 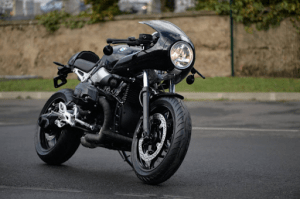 Of all the motorbikes that are spawled in his mansion, BMW R nine T Racer standouts the most which were launched in the Philippines in 2017. | Photo by BikeBrewers.com

Motorbikes are indeed a luxury perfect for a Crosswinds adventure. Motorbikes may be a little expensive for an average person but the amount doesn’t matter to someone who loves and is passionate about it. Just like the luxury homes in Tagaytay, a person who prioritize safety and eco-friendly homes will surely love Crosswinds. Brittany pulled out every resource it needs to establish what Crosswinds is today.

Brittany understands that passion, beauty, and relaxation should go together that’s why Crosswinds was birthed into beauty. Along with accommodating your motorbikes with Crosswinds’ road, we want to give our best when it comes to accommodation in which Brittany searched every amenity accessible in the luxury homes in Tagaytay. 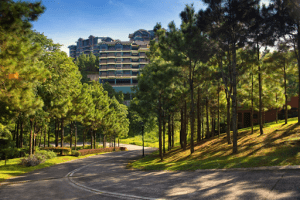 The beautiful scenery of Crosswinds is perfect for biking. | Photo by Brittany.com

Do you have a passion for motorbikes and loves long rides? Crosswinds should be on your bucket list and we will not let your expectations down! Here at Crosswinds.

UP NEXT: Ghost Month: What You Need to Know

UP NEXT: Breeds of the Most Expensive Cats in the Philippines