Why invest in Santa Rosa Laguna?

Santa Rosa, Laguna is dubbed as “The Lion City of the South”. Its economy is vibrant and booming. Santa Rosa is one of the fastest growing economies in the country today. This one of the reason why more investors are looking to invest in Santa Rosa as their next location for investment. Let us discover more reasons why living in the South is now a trend to an investor like you.

Brittany Santa Rosa Laguna offers exclusive communities that is inspired by world class destination. Live like a Royal at Promenade, a 29 hectare Old English inspired community. It is surrounded by different types of trees such as Narra, Mahogany, Acacia and Pine Trees to name a few. The community is definitely a hidden gem in Santa Rosa Laguna. It’s main gate, Obelisk, Hedged gardens are one of the symbols that will remind you the luxury living you definitely deserve. 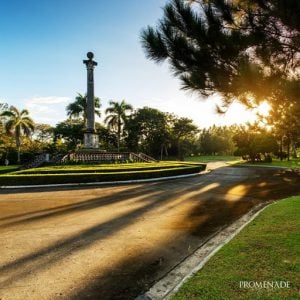 The Obelisk in Promenade Santa Rosa, found in its rotunda upon entering the community before the grandest mansions in the Philippines.

2.) Invest in Santa Rosa and its Top Academic Institutions

The top universities are now emerging or have emerged already in Santa Rosa Laguna. For families, that are considering to enroll their kids in the top schools of the country, your children don’t have to travel too far, as these schools are just a couple of minutes away from Brittany Santa Rosa’s luxurious communities. Georgia Club and Augusta is just 5 minutes away from the upcoming UST Santa Rosa Laguna. It’s construction has now resumed and is expected to fully operate by late next year.

Here are the list of other universities that you can consider in Sta Rosa Laguna:

3.) In between Manila and Tagaytay

The serene communities of Brittany Santa Rosa is accessible to different exit points going to Manila. Investors will always consider ones proximity to the Metro Manila area, since most of their daily transactions are found in the capital of the Philippines. Santa Rosa Laguna is just 45 minutes away from Manila and is easily accessible via the South Luzon expressway or via Cavite-Laguna Expressway through Mamplasan exit.You can read more about its easy access by reading this article “A travel guide from Manila to Santa Rosa”. 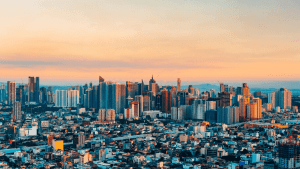 An aerial shot of Metro Manila during its sun set hours

Santa Rosa Laguna, more specifically Brittany Sta Rosa developments are along Don Jose road is directly connected to Tagaytay-Santa Rosa highway which gives our dear investors an easy access as well to the second summer capital of the Philippines, Tagaytay City. Thus investors, residing here in Santa Rosa gets the ultimate benefit of living close to their work and is also a stone’s throw away to a quick get away with its close proximity to Tagaytay. 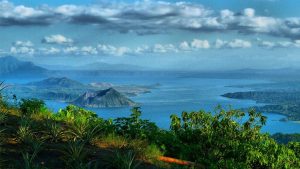 A shot Taal Volcano from the high lands of Tagaytay City

Tagged as a first-class component city in the province of Laguna, Santa Rosa City is definitely in competition as one of the fastest emerging cities in South Luzon. Initially Santa Rosa Laguna was known for the Coca-Cola and Toyota manufacturing plants in its industrial estates, but recently has become more know because of its luxurious housing developments and its famous theme park, Enchanted Kingdom. Santa Rosa is also considered to be the premier city and hub of South Luzon. The city is also the richest in Luzon outside Metro Manila in terms of annual income. 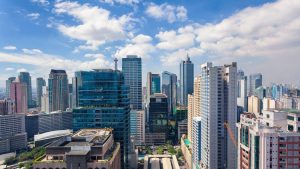 The Philippine economy is expected to enjoy huge growth by 2030.

These are only some of the reasons why to invest in Santa Rosa is to invest in one of the best options outside Metro Manila. Investors are expected to enjoy higher returns and would definitely get what they paid for.

Brittany Sta Rosa is the only luxurious themed community in the city of Santa Rosa Laguna, with different enclaves to complete the master-planned development of Vista Land. Investors would have a handful of choices where to put their investment. They may choose from lot only developments that is as big as 1,500sqm or build their own mansion that would fit in the communities prescribed theme. Investing in their own designs is also a good choice, as this is the only community in Santa Rosa that their houses are truly fit for a king. Deciding to have your own mansion in the Philippines has never been this easy, with a booming economy and a top tier developer pairing up, saying no to these development would actually be tough.

Know more about these high end communities of Brittany in Santa Rosa Laguna today by visiting their website at www.brittany.com.ph or by connecting with their marketing personnel: 09178614770

Up Next: Luxury Living in Laguna | Luxury Homes by Brittany Corporation