What You Should Know About The Delta Variant

With the news awash with fear of the new Delta variant, you might already be dreading the oncoming months of quarantine in your luxury homes.

But before you go into panic mode, take a moment to consider that the situation in our country is not the same as it was before. Now that the authorities have grappled with the virus for some time, there’s hope for a better response. The government is even actively vaccinating people against the virus as we speak.

This doesn’t mean that we shouldn’t be cautious, though. The best thing we can all do for now is to continue educating ourselves and sticking to health precautions. This way, we can prevent being infected with the new Covid variant.

In this article, we at Brittany will discuss everything you need to know about the new Delta variant and how you can avoid it. 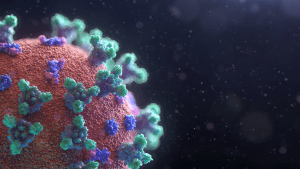 The Delta variant is a new Covid-19 strain that’s causing panic around the globe.

The scientific community is abuzz with all kinds of new findings of this new variant of the Covid-19 virus. The variant was discovered initially in India last December of 2020. Within months, the virus has rapidly spread to the rest of the world.

Currently, it can be found in over 96 countries, including the Philippines. It’s also the more dominant variant in Great Britain and India. According to CDC estimates, the Delta variant accounted for around 805 of the new Covid-19 cases in the US this July alone. This strain is found to be the most infectious strain of the virus in existence. If the original strain can infect two people inside a room, this Covid variant can infect four people, which means it’s twice as contagious.

Why is there a Delta variant?

That said, why do different variants exist in the first place?

When you’re infected with Covid, you’re not just sick with one particle of the Covid-19 virus. Instead, you’re infected with a whole population of it, sometimes as much as 10,000 particles. As the virus enters your system and infects you, it hijacks your cells. It uses those hijacked cells to multiply, producing millions of other virus particles that will spread throughout your body and eventually make their way outside into another host.

However, the virus does not produce perfect copies of itself. In fact, the copies are prone to making minor errors in the genetic makeup of the next generation of virus particles created in that specific cell. Often, these mutations don’t cause anything different.

However, sometimes, a mutation in the genetic makeup of the produced virus particles gives it an advantage.  The new virus particles might attach better to cells, survive in harsher conditions, or infect cells faster.

Because there’s only a limited amount of cells in the human body, the virus particles compete to infect as many cells as they can. If the conditions are right, the virus created with advantageous defects will outcompete other virus cells and become the dominant strain in the infected body, which will then be passed on to other people.

This is how the Delta variant was formed. The mutation that created this Covid variant just happened to make it more infectious than the original strain, outcompeting the original strain on the body and then spreading to more and more hosts.

Does the Delta variant make you sicker?

There’s still a lot more to learn about the Delta variant. One of the main questions on people’s minds right now is whether this new Covid variant can make people sicker than the original strain of the virus.

According to Yale Medicine, so far, there hasn’t been any conclusive evidence that it does. One study conducted in Scotland did show that unvaccinated people infected with the Delta variant are twice more likely to be hospitalized. Still, data from other studies did not reach the same conclusion.

There also hasn’t been any conclusive evidence of new symptoms. Symptoms also found in the original Covid-19 strain, such as headache, runny nose, fever, and sore throat are more present, based on surveys from the UK.

Why is it spreading so fast? 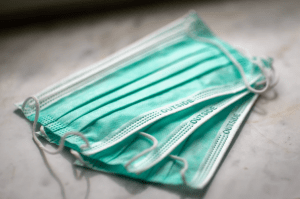 It seemed like we all woke up one day, and suddenly we’re knee-deep with news about this new kind of coronavirus. There are several reasons why the Delta variant has made its way around the globe at record-breaking rates.

First is the transmissibility of the virus itself. As already mentioned, this variant is about two times more infectious than the original strain of the Covid-19 virus. From this alone, the potential for a faster spread is already present.

The second factor is the easing of restrictions around the world. Prior to this, several notable countries already dropped mask-wearing, stopped social distancing, and reopened leisure establishments. However, they were forced to backtrack after the increase of mobility and loosening of public health measures made cases of the Delta variant surge.

Last is the uneven vaccine distribution, which a recent United Nations panel has called “self-defeating” and “morally unconscionable.” Developed nations have been keeping up with their vaccination schemes, but developing countries like the Philippines are falling even more behind.

This could be dangerous, as the unvaccinated masses could quickly develop newer strains of the virus, threatening the immunity of even those vaccinated against the original strain.

What’s the difference between the alpha, beta, gamma, and Delta variants?

Although there are many variants of the Covid-19 virus worldwide, all four are designated as VOC or Variants of Concern. Because Brittany wants you to be informed at all times, here’s a quick breakdown of what these variants are.

Also called the B.1.1.7, the Alpha variant was first discovered in the United Kingdom last September 2020. It has since spread to about 80 countries.

This variant is characterized by a mutation that helps it bind better to cells it infects, which increases infection success rates. Additionally, this variant also increases the viral load in the infected individuals, making it easier to spread to other people.

As a result, this variant is more infectious than the original Covid-19 variant by about 50%, as announced by UK public health officials.

Also called the B.1.351, this variant was first identified in South Africa last October 2020 and is now found in at least 41 countries.

This variant has the same mutations that cause the Alpha variant to be more infectious. In addition to this, the virus appears to have another mutation that allows it to bypass the immune system, raising fears about immunity and vaccine efficacy.

However, there has been no significant evidence of an increase in severity among infected individuals to date.

Also called the P.1 variant, this was first detected in Japan in early January this year among travelers from Brazil. It was then found later that month in the United States.

There’s less information available about this strain as of the moment, but it’s said to have an increased transmissibility rate compared to the original Covid-19 strain. However, it’s not as severe as the Delta variant, or the Alpha one for that matter.

Of the four VOCs, this Covid variant is considered to be the most dangerous. To recap, authorities first found it in India as early as October 2020, and, as of the time of writing, the virus has already been identified in 98 countries.

As mentioned, the strain is characterized by increased transmissibility.

Do vaccines work on the Delta variant? 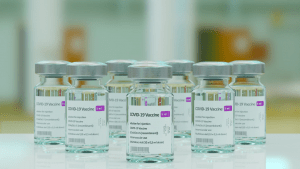 After learning all about the new Delta variant and all the other Variants of Concern, you might be wondering whether vaccines can protect you from these new threats.

Don’t worry, though — the best thing that you can do to protect against this Covid variant is still to get fully vaccinated. Vaccination, in general, will protect you from most of the risks associated with contracting the disease, no matter the strain.

Whether or not you’ve gotten your shots, though, it’s still crucial for you to follow the standard CDC-mandated guidelines, such as wearing masks, constant hand washing, and social distancing.

However, clinical trials have found that various vaccines react differently to different strains. As of the time of writing, there are currently six vaccine brands delivered and being administered to the Filipino population: Sinovac, Astrazeneca, Pfizer-BioNTech, Johnson & Johnson, Moderna, and Sputnik V.

We at Brittany want you to have high vaccine confidence, so here is a summary of all the available information.

Although the Chinese government hasn’t released concrete figures of the vaccine’s efficacy rates against the original strain yet, at the very least, the Sinovac vaccine is shown to be effective in preventing hospitalization.

Moreover, public health officials in China have also stated that the vaccine is effective against the Delta variant, based on case studies they’ve done in their homeland.

The brand seems to have an efficacy of 74.6% for the Alpha variant and less for the Beta variant for mutations. However, the vaccine’s rates against emerging VOCs are still being researched extensively.

This vaccine brand is 95% effective in preventing symptomatic infection against the original strain and 100% effective in stopping severe symptoms.

Against the original strain, Johnson & Johnson has an overall efficacy rate of 72% and an 86% rating against severe symptoms.

Against the original strain, Moderna was shown to have minimized instances of symptomatic infection by up to 94.1%. It was also shown to be 100% effective in preventing hospitalization.

There is still no concrete data about the difference in its efficacy for virus mutations, although it’s extensively researched.

This Russian-made vaccine is almost as controversial as Sinovac because the Russian government hasn’t published any primary data regarding its effects. However, some sources have claimed that the vaccine is 91.6% effective in preventing symptomatic infections.

That said, the manufacturer announced that the brand is 90% effective against the more infectious Delta variant.

How can I protect myself from the COVID-19 Delta variant? 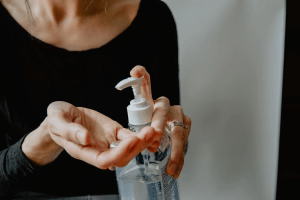 You might be feeling scared of the Delta variant, and rightly so. However, here at Brittany, we want you to protect yourselves from harm and continue enjoying your home. Thus, here are things that you can do to protect yourself and your loved ones from this infectious variant.

All vaccines are shown to significantly protect you from acute symptoms. No amount of social distancing and mask-wearing can beat the protection from a vaccine.

Follow the usual protocols — even if you’re already vaccinated

This means constant hand washing, mask-wearing, and strict social distancing if you’re feeling sick. You can always stay quarantined in your luxury condominium or luxury properties until you’re all healed up.

Because this strain of the Covid-19 virus is highly transmissible, you should avoid staying in places with improper ventilation. This means keeping the windows open whenever you have a visitor in one of your beautiful Brittany luxury homes or keeping the car windows cracked a little open during car rides with people who are not your family members.

Staying protected from the Delta variant at Brittany

Here at Brittany, our job involves providing you a beautiful life. That’s why it’s important to us that you remain safe and healthy — so that you can enjoy the beauty around you for much longer.

We create ultra-exclusive enclaves, complete with the best security, services, amenities, and strict implementation of whatever health guidelines are currently in effect. With our exclusive communities, you can stay safe in your home during the new normal.

We want you to live the best life, and we hope that this primer on the Delta variant has helped you in your journey.