5 Most Valuable Collector Items for Your Home

The home is considered to be a place of rest and relaxation. As a shelter, it is a safe haven against all harm from man and acts of god. As a sanctuary, it is a place you feel most comfortable, understood, and loved. As a prized possession, it’s a place that speaks your personality and aspirations in life – whether that be in the form of architecture, interior design, furniture, awards and achievements, family portraits, or even collector items.

Amidst the new normal, you may have started taking a liking to certain items, with all the time you’ve spent scrolling through the internet or reconnecting with key persons of influence. Fortunately, it’s the perfect time to personalize your luxury house and lot with items you’ve been eyeing, instead of just admiring them from afar. It’s time to treat your home as a prized possession. However, the hobby of collecting isn’t as effortless as it seems. If done without third-party consultation, the formal practice includes seeking, locating, acquiring, organizing, cataloging, displaying, storing, and maintaining items that are of interest to an individual collector. But that is exactly why now is the perfect time to champion this undertaking, either individually or as a bonding activity with family members. It’s the perfect way to enjoy staying at home.

Not all collector items have to be taken too seriously. Although there is a recommended formal process of the hobby, remember that this is personal to you. The setting is your home, where everything goes your way, by your own rules. That’s where the fun is. You have the option to collect items based on type, color, style, background, previous owners, monetary value, geography, or even historical significance, among others. Some even keep a home display of merchandise or items associated with their favorite movies or musical artists – whether that may be the Game of Thrones iron chair, The Beatles vinyl records, or Michael Jackson’s white leather gloves. You can go crazy. But if you want a collection that represents your affluent lifestyle in your luxury house and lot, here’s a list of highly valuable collector items you can start admiring at home.

In European academic traditions, the concept of fine art is a type of art developed primarily for aesthetics or beauty, but the meaning digs much deeper than superficial appearance. In the aesthetic theories developed in the Italian Renaissance, the highest art was that which allowed the full expression and display of the artist’s imagination, unrestricted by the process in which it was made, or other practical considerations; that makes fine art the highest form of art there is, and therefore the most valuable one at that.

Fine art is a visual art considered to have been created primarily for aesthetic and intellectual purposes and judged for its beauty and meaningfulness – specifically in painting, sculpture, drawing, watercolor, graphics, and even architecture. This means that even your luxury house and lot can be a work of fine art.

However, fine art comes at a high price – literally. As of 2021, the most expensive painting in the world ever sold at an auction was by the hand of Leonardo da Vinci, unsurprisingly. In 2017, for an enormous $450 million, his Salvator Mundi was sold. Of course, the price is substantiated by considerable factors – that being the subject of art connoisseurs and critiques around the world for decades, the efforts it took to restore it, the galleries its been showcased in, its historical significance as it was a work from the renaissance period, and of course, being the handiwork of the most famous painter in history. 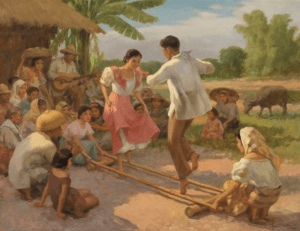 One of the most notable Filipino painters who produced beautiful masterpieces includes the ‘Grand Old Man of Philippine Art’ Fernando Amorsolo (1892-1972). He single-handedly captured the beauty of the nation’s culture and heritage in a collection of paintings, most famously for the way he was able to reflect the Philippine sun and spread out its color in every inch of his paintings.

The Salcedo Auctions offers not only an online visual auction experience, but also a platform to raise funds for the cause of your choice, through an online bidding process. Into modern art? Check out the latest modern and contemporary Philippine visual art pieces online at the Art Fair Philippines 2021.

2. Gems and pieces of jewelry are a collector’s must-have.

Precious stones are deemed as such, mostly due to their rarity. According to old traditions from the west, the true precious gemstones are diamond, ruby, sapphire, and emerald, due to their very limited supply in the world. All other stones are only deemed semiprecious. What also makes them precious is their brilliant and timeless beauty. As the late Marilyn Monroe sang, “Men grow cold as girls grow old. And we all lose our charms in the end; but square-cut or pear-shaped, these rocks don’t lose their shape. Diamonds are a girl’s best friend.”

Since time immemorial, jewelry has been symbolic in society. As metallurgy techniques developed, gems were inset into crowns, rings, clasps, brooches, and belt buckles. At one time in Europe, only the wealthy and high-ranking church officials were allowed to wear gemstones. This was a sign of wealth and power. As they became more common, precious stones were made available to those who could afford them. A famous symbol of love and commitment, the wedding ring is best with diamonds.

A collector item: The Nightingale of Kuala Lumpur by Faisol Abdullah

At present, precious stones can be integrated into all varieties of objects, such as the Nightingale of Kuala Lumpur, a silk and chiffon red dress containing more than 750 diamonds and has an estimated retail cost of $30 million, as well as an 18-carat white gold encrusted Hot Wheels car with more than 2,700 diamonds. In this category, there is much to collect just make sure to research how to polish or maintain jewelry properly. 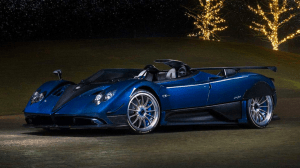 A collector item: Debuted in 2018 with the price of $17.5 million, the most expensive automobile in the world is the Zonda HP Barchetta by Pagani

Rare and high-end cars parked in the garage screams wealth in every language. It’s a conversation starter that will definitely leave your guests and neighbors filled with envy. However, collecting cars is not just a hobby, but also a commitment. Due to the myriad of factors to be considered, and apart from the expense, personal car collections tend to be small. Storage space, maintenance, and international shipping of rare cars can require a lot of preparation and effort – not to mention wealth.

Once you’ve sorted out all the above-mentioned factors, the next step is to get started. You can have a variety of cars in your collection; but if you want to be organized, the major categories of cars are as follows:

Antiques. Typically defined as an automobile produced before 1918, most were mass-produced, gas-powered vehicles. Examples include the 1917 Pierce-Arrow Runabout or the 1916 Woods Mobilette Roadster.

Vintage. Automobiles manufactured between 1919 and 1925 are in this category, including the 1919 Studebaker Big Six and the 1924 Ford Model T.

Muscle. These vehicles were generally two-door models with the most powerful engines possible. The 1967 Pontiac GTO and the 1966 Oldsmobile 442 were the epitome of muscle cars.

High-Performance. Automobiles designed for high acceleration and cornering speeds, also known as sports cars, fit into this category, the fastest being known as hypercars. Examples include the Aston Martin DBS V12 or the Ferrari 488 Pista.

Exotic. This category comprises high-performance, luxury cars produced in limited quantities and available to only the wealthiest buyers. Examples include the Bugatti Veyron and the Königsegg Regera.

Wine is a luxury home staple. It is a social imperative that you pop one or two out every home celebration – whether that be a birthday, an anniversary, or just any other day worth the sip of wine. Fine wine, however, is an investment and a statement, typically sold for thousands of dollars. What is so well sought-after are the famous wines such as Champagne, Bordeaux, Burgundy, and Riesling, which boosts tourism in the country regions they were named after, as well associate them to a distinct taste. Unsurprisingly, the top three countries that produce wine are Italy, Spain, and France, in respective order. No wonder these countries are famously known for their elegance and luxury.

What differentiates fine wine from regular wine, apart from the monetary value, is not as simple as the taste – whether it’s delicious or not. This is because creating a standard for taste is tricky when scrutinized by different people with naturally different tastes.

A proven track record of holding well over time

An extensive drinking-window plateau (i.e., the period for maturity and approachability)

A consensus among experts as to the quality of the wines

Rigorous production methods at every stage, including grape selection and appropriate barrel aging

Particular selections called “Verticals” contain multiple vintages of a specific grape and vineyard. The most notable one is the Château d’Yquem 135-year vertical, containing every vintage from 1860 to 2003, which was sold for $1.5 million. If that seems ostentatious, the most expensive bottle of wine ever sold is more expensive than a house. The Screaming Eagle Cabernet 1992, costing a whopping $500,000 dollars, is aged in 60% new oak and has an aroma of blackcurrants, a subtle trace of oak, and an opaque purple appearance.

Collecting timepieces is a predominantly male hobby since most women consider their classic watches as jewelry. After all, it’s not uncommon for a highly valued watch to be decorated with precious stones nowadays. Traditionally, a watch is often the only piece of personal adornment for a man, and its appearance is intended to signal the status of the wearer. That is why male collectors of timepieces will be very particular with what they wear – tending to even match a watch for certain occasions or sport one for a specific outfit.

Similar to cars, the value of a watch is also based on provenance or the history of the timepiece and the notable people who have worn it. In fact, one of the most famous watches in the world is Neil Armstrong’s Omega Speedmaster Professional, which he wore during his space travel to the moon. This watch is now a featured display at the Smithsonian Space Museum. Of course, as mentioned, the value also increases with the incorporation of precious gemstones. Likewise, the most expensive timepiece in the world is the Hallucination by Graff Diamonds, which is set into a platinum bracelet and made from 110 carats of rare colored diamonds of various cuts and finishes.

The value of an item is measured by many different standards, due to the multitude of ways it could be interpreted and perceived by different people. As the saying goes, “Beauty is in the eye of the beholder,” and within your luxury home, the beholder is you. You may find valuable collector items at an auction, a listing, or a shop. Wherever you may purchase an item, the way it’s stored or presented within the confinements of your showroom or area is completely personalized according to your style. In the same way, your precious home collection must be stored in the finest luxury house and lot that matches your lifestyle and distinct taste. 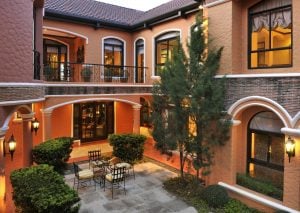 Brittany Corporation by Vista Land offers only the most elegant and timeless luxury houses and lots, with all the comforts you could ask for. Reminiscent of beautiful destinations around the world, the themed communities are situated in sprawling landscapes of lush greenery. With 24/7 security, on-call personnel, well-maintained amenities, guaranteed exclusivity, Brittany’s developments are the perfect homes to store your valuable collector items, as well as live an exclusive lifestyle.