Most Expensive Paintings in the Philippines Ever Sold in 2021 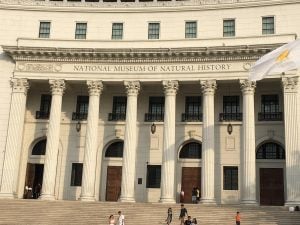 The National Museum in Manila houses some of the most expensive paintings in the Philippines.

The history of the Philippines has always been rich in culture and arts. From Juan Luna to Ben Cab, the state of the Philippine art scene is ever-growing. Art will always have a voice no matter the time or place. Artists have created art through paintings, sculptures, and performances. Their themes range from the daily, mundane life of a Filipino farmer to more political topics like the essence of feminism. Having their work displayed in a museum is probably one of the biggest honors there ever is. Their works are available for everyone to marvel at. When masterpieces are made they don’t always go to a museum. Some of them are displayed in the luxury mansions of the elite. 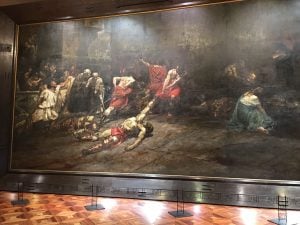 Juan Luna’s Spolarium as seen in the National Museum

What Factors Make the Most Expensive Paintings?

One would wonder how some paint on canvas could fetch a hefty amount of money. What makes the most expensive paintings in the Philippines, well, expensive? It is, in general, difficult to place value on art. When you visit museums in Manila, art is something that someone makes a connection with. It is something that can be worth millions to one person and can be worth nothing at all to the next. When you’ve connected to a piece of art, its value increases for you and it all boils down to whether you like it or not.

We can, however, look at art objectively. There are also technical aspects that can appreciate the value of an artwork and make it one of the most expensive paintings there is.

The condition of a painting is very important. Just like care for luxury items, paintings, especially old ones, have specific conditions to stay in pristine condition. When an artwork is damaged, regardless of historic value, it’s standing as one of the most expensive paintings can instantly fall. Its price can plummet. This is why art restoration facilities take their time to fully preserve and restore paintings to their former glory. 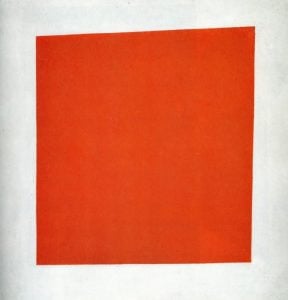 Red Square, Painterly Realism of a Peasant Woman in Two Dimensions, 1915 by Kazimir Malevich was sold for a record of $60 Million

Some color pigments are more difficult to obtain making them more expensive. An example of this would be the color red. It is considered to be one of the most expensive colors because of where the red pigment originates from. Imagine it as purchasing the top luxury cars, but for paint.

The subject matter or the focus of a painting can also affect its price. Typically, paintings of women would be worth more than that of men– the same goes for sunny landscapes. Abstract art and the minimalist movement by young Filipino artists questioned our perception of the subject in art. How does someone visualize abstract ideas like love and despair? These things put together can affect the final price of a given work.

Where the painting is painted also affects the price and value of the work. Artwork on canvas would usually sell higher than work on paper. This is because canvas would, ideally, last longer than paper.

At the end of the day, an art piece’s value would depend on how much someone is willing to pay. Because art should be admired, it cannot be bound by economical rules or money. When collectors deem the price of an artwork, it can go over and beyond how much effort and money the artist put into the piece.

The Global Art Scene, a $64 Billion Market for the Most Expensive Paintings 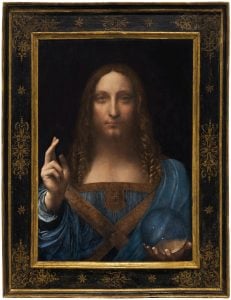 These works of art are usually sold at art auctions where the highest bidders would get to take home the item on sale. They happen in auction houses like Sotheby’s in New York where the most elite would gather. In the Philippines, we go to Leon Gallery Fine Art & Antiques where they have yearly auctions. Even with the recent pandemic, art auctions found a way to keep the tradition by going digital. 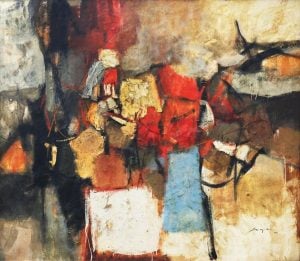 With the value we put on paintings, can we then consider functional items like fashion and architecture of real estate art?

There is an ongoing debate on art and utility. Art by definition is the expression or application of human creative skill in a visual form producing works to be appreciated primarily for their beauty. It means that art is something that should not be used but only looked at. 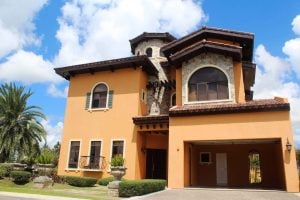 Take for example a beautiful, luxury mansion in Portofino Alabang. Crafted by the most skilled artisans. Its design was sketched and revised to perfection. Made to capture the intricate beauty of Italian-inspired homes, we cannot disagree that these luxury houses are works or art.  But, when something is lived in or used, does its beauty lessen? This is why we ask: is architecture art? When art is something that we make a connection to, why do we need to stop ourselves from appreciating art just because it is something we can use? This is something really up for debate.

Pieces from famous artists have been sold to a select few. An exclusive group of art connoisseurs fights to get the best paintings through auctions. This creates a well-curated collection of the most expensive paintings in the Philippines.

Some of the Most Expensive Paintings of 2021

Here are some of the most expensive paintings ever sold in the Philippines. These are sold at auction price.

Anita Magsaysay-Ho is the first woman to win the grand prize in the Art Association of the Philippines competition in 1952. Her winning entry, The Cooks, would be the first in a series of paintings depicting women in the simplest of tasks. She then created a marketplace collection where the women are depicted as cunning yet generous. She showed the strength, mysticism, and love of the women she painted. It is by far one of the most expensive paintings sold this year.

The central figure holds up a slim fish to her nose, delicately sniffing it as expertly as a French perfumer to divine its properties. The other women have various reverent expressions as they tend to the flat baskets filled to the brim with the fish, an auspicious symbolism of the plentifulness that can be found even in the simplest of lives. 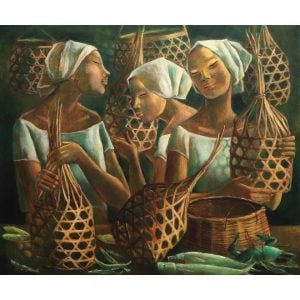 Another piece from the marketplace collection of Anita Magsaysay-Ho. Women with Baskets, Fish, and Crab was one of the favorites of the artist. Before being bought by a friend, this work was displayed in her living room.

“The baskets depicted invoke the industriousness and dedication involved in basket weaving—a practice Anita considered among the most beautiful of Filipino handicrafts. “ 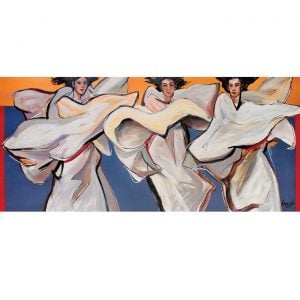 Isadora Duncan was one of Benedicto Cabrera’s (or more popularly known as BenCab) favorite muses. As an artist, Isadora revolutionized the world of dance by synthesizing the traditional forms with more modern movements and rhythms. BenCab captured her movements through a series of photographs and sketches. It is easy to understand why this was one of the most expensive paintings sold in The Asian Cultural Council Auction 2021.

“ Inasmuch as Isadora is the character in this work, the flouncing and dynamic fabric that enshrouds the body of the acclaimed American dancer is also an important ally in emphasizing motion.”

Juan Luna’s Sorprendidos is a commentary on the social divide of his time. As the story goes, it was inspired by the social divide he experienced as a Filipino in Paris. After marrying Paz Pardo de Tavera, in his trial, a journalist wrote that they are entertained when they see M. Luna with Mme. Luna because he was a short man with heavy Malay features with a tall and well-proportioned woman.

“The boatman of Sorprendidos, who is perhaps actually a flower vendor, faces a similar social divide. Like Luna, he is someone who works hard with his hands, steering his boat with his pole. He is the lowest figure in the frame, although the lady in red, who is perched on higher ground, stoops down almost to his height. He crouches slightly forward and whispers intimately into her ear – when they are caught as if in flagrante delicto by the older woman. A social divide is represented here by the Rio del Paradiso, the Venitian canal traversing the frame diagonally, splitting the ground between them.” 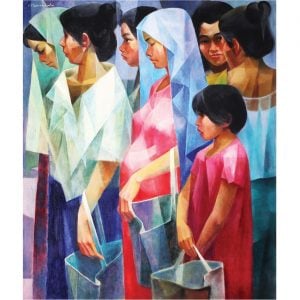 “The scene depicted here is undoubtedly one of Manansala’s most iconic. Featuring a group of commonfolk lining up for their fill of rice, Pila sa Bigas captures Manansala at his technical and conceptual prime. The piece features Manansala’s characteristic form of cubism, one that is defined by its noticeable sense of transparency and downward brushstrokes. In it, his figures are rendered through distinct and angular lines, exemplifying the nuanced complexity of his central forms.“ 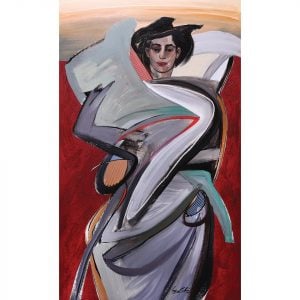 Sabel was a real-life scavenger and one of BenCab’s most iconic muses. She was regularly seen and photographed by the artist in 1965. BenCab used Sabel as a representation of beauty, grace, longing, and hope. 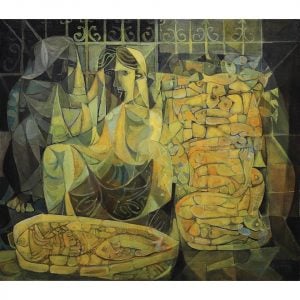 Vicente Manansala’s works are inspired by rural living and affinity to the people that lived this life. The subjects of his works were usually people, things, and scenes that depicted rural life amidst the jungle that is Manila.

“In Fish Vendors, Manansala’s enthusiasm to simplify his compositions reflected the analytic phase of Cubism – its formative years – between 1907 to 1910. Evident in this piece is the diminution of its surface and composition and the dilution of color to a single hue or its most analogous combinations, specifically an amalgamation of green and yellow hues. Manansala’s women vendors entwine themselves around their goods, with their block-like faces rendered in broad planes. His celebration of folk and peasant lifestyle gives us an indication of his Filipino sensibility and intimate connection with its traditional culture and heritage.”

The picturesque beauty of the properties of Brittany is akin to paintings of the grandmasters. From properties inspired by the Swiss mountainside of Crosswinds to the classic themed mansions of Portofino Heights and Promenade, these liveable paintings are available only for a discerning few. Just like art, when you experience the beauty of a Brittany property, you’ll instantly fall in love and tell yourself that you want it. Live the life you dream of in a luxury mansion and experience the joys of owning your very own piece of art.

At the end of the day, beauty is in the eye of the beholder. Whether we consider something art or not, if we find it beautiful, it will always make its way into our hearts and our lives.