As we officially conclude the month of August, we celebrated National Heroes Day where we remember and commemorate traditional and modern heroes last August 30, 2021. We also remember that we celebrate the Filipino language through Buwan ng Wika every August. This annual celebration began last 1997 through the Proclamation 1041, which states that the Buwan of Wikang Pambansa is to be celebrated every August 1 to 31.

The KMF (Komisyon ng Wikang Filipino) unveiled this year’s theme which is  “Filipino ang mga Wikang Katutubo sa Dekolonolisasyon ng Pag-Iisip ng mga Pilipino. In this article, we will tackle the top 8 major dialects of the Filipino language. Are you ready to travel per region? Let’s get to it!

Major dialects of the Filipino Language 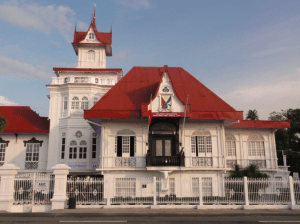 Tagalog is mainly spoken by people hailing from the Southern and Central parts of Luzon. Photo courtesy: Wikipedia.org

First on our list of major dialects that enrich the Filipino language is Tagalog. Tagalog belongs to the Austronesian family, a language family which comprises of languages spoken in Southeast Asia and the Pacific Islands. This dialect is spoken by the Tagalog people. Native Tagalog speakers are the second largest cultural group in the Philippines from the Southern Tagalog Mainland and some parts of Mindanao.

The word Tagalog directly translates as “from the river” and the grammar is known for its complexity. Tagalogs can be mainly found in Region IV-A CALABARZON (Cavite, Laguna, Batangas, Rizal, and Quezon). 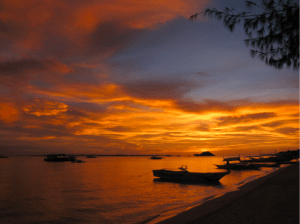 Cebuano is a Visayan dialect that is mainly spoken by those in the central and western parts of East Visayas.
Cebuanos Malapascua Photo courtesy: Wikipedia.org

The second item in our list of major dialects that enrich the Filipino language is Cebuano or Sugbuhanon. Spoken by at least 18.5 million Filipinos who come from Cebu, eastern Negros, Bohol, western Leyte, and the northern and western parts of Mindanao. Cebuano is closely related to other dialects such as Ilonggo and Waray-Waray. 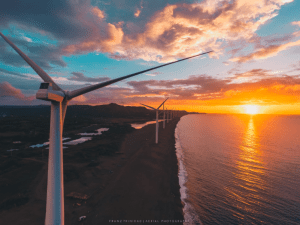 The third major dialect that enriches the Filipino language is Ilokano. Considered as the lingua franca of Northern Luzon and other provinces neighboring the Ilocos region at about 7 million people. Ilocano came from the words “i” which means from and “looc” which means cove or bay and if combined together, it means “people of the bay.”

Ilokano is considered as the first language of people hailing from La Union, Ilocos provinces, Cagayan Valley, Babuyan, Mindoro, and Mindanao. This dialect has also adopted a lot of words from Spanish and English as well as Hokkien and Sanskrit. 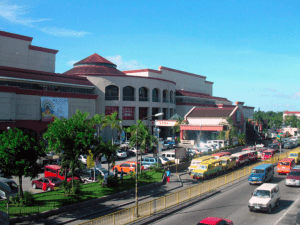 Ilonggo or Hiligaynon is a major dialect in the Filipino language which is mostly used by Filipinos who live in Western Visayas.  Photo courtesy: Wikipedia.org

Ilonggo or Hiligaynon is a major dialect in the Filipino language which is mostly used by Filipinos who live in Western Visayas.  Photo courtesy: Wikipedia.org

The third on our list of major dialects that enrich the Filipino language is Ilonggo, also known as Hiligaynon. Spoken by at least 9.1 million natives who come from Panay Island, Western Visayas, and SOCCSKSARGEN (South Cotabato, Cotabato, Sultan Kudarat, Sarangani and General Santos). This dialect’s closest relatives are Capiznon, Masbatenyo, and Porohanon. It is the fourth largest dialect spoken in the country.

Hiligaynon or Ilonggo is the second most spoken dialect in the Visayas and is the most distantly related to other Filipino dialects. Ilonggos are also known for their unique intonation, which is described as having a “gentle lilt.” 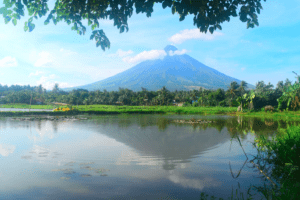 Bicolano is a dialect spoken in Bicolandia and is considered the fourth-largest ethnolinguistic group in the Philippines. Photo courtesy: Wikipedia.org

Bicolano is a dialect spoken in Bicolandia and is considered the fourth-largest ethnolinguistic group in the Philippines.  Photo courtesy: Wikipedia.org

The fourth major dialect which adds color to the Filipino language is Bicolano. The dialect, however, has four major kinds: the Coastal, Inland, Pandan, and Bisakol. The majority of Bikolanos understand the Central Bicolano dialect because it is widely used in media and literature. Moreover, it is a common misconception that the Central Bicolano dialect, which is mostly spoken in Naga and Legazpi, is the “standard.”

On the other hand, natives from Masbate and Sorsogon speak Masbateño, Southern and Northern Sorsogon. These three comprise are Visayan and Bicolano influenced hence, they are clumped under the group of Bisakol which is the combination of “Bisaya” and “Bicol.” 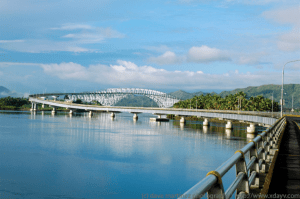 The sixth major dialect in our list is Waray. Waray is part of the dialects belonging to the Visayan branch and is mostly spoken by approximately 3 million Filipinos who reside in Samar, Northern and Eastern Samar, Leyte, and Biliran. As a native dialect to those living in Eastern Visayas, it is not only the native dialect of the Waray people but also the second language of the Abaknon people from Capul in Northern Samar and some Cebuanos coming from the western and southern parts of Leyte. 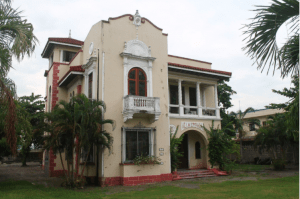 Pampanga is known for having many tourist attractions and Villa Epifania is a famous structure located in Sta. Rita, Pampanga and is known for its architectural design and the supernatural stories that surround its walls. Photo courtesy: Wikipedia.org

Pampanga is known for being the Culinary Capital of the Philippines and having many tourist attractions and Villa Epifania is a famous structure located in Sta. Rita, Pampanga and is known for its architectural design and the supernatural stories that surround its walls.   Photo courtesy: Wikipedia.org

Next in our list of major dialects that enrich the Filipino language is Kapampangan. It is the primary and predominant dialect in the entirety of Pampanga and Southern Tarlac. Kapampangan is so widespread that it is also spoken in northeastern Bataan, some places in Bulacan, Zambales, as well as some parts of the Aeta groups who reside in the southern part of Central Luzon. This dialect is known as the “Amanung Sisuan” which translates to nurtured language.

In current news, Angeles city has installed traffic signs in Kapampangan in their major access roads. This decision roots from the city’s goal to enrich and preserve the Kapampangan dialect and at the same time ensure the safety of drivers and motorists in transit. Apart from this, Mayor Lazatin of Angeles underscores the City Council’s plan in holding sessions in Kapampangan. 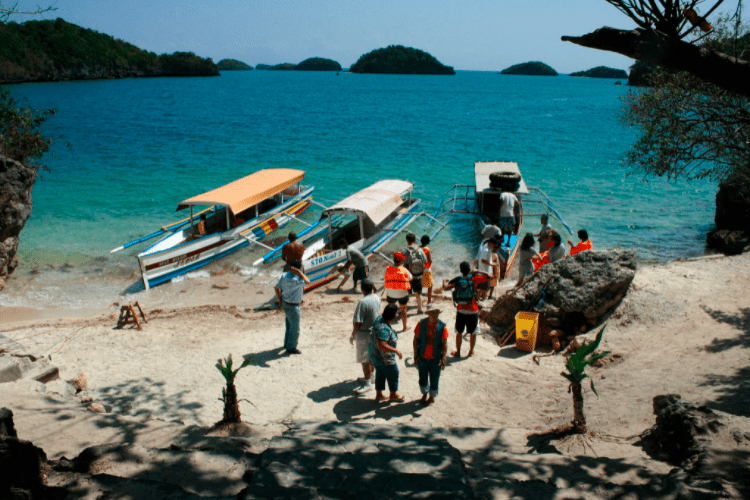 Pangasinan is not only the home of the Pangasinense but is also where the Hundred Islands can be found. Photo courtesy: Wikipedia.org

Pangasinan is not only the home of the Pangasinense but is also where the Hundred Islands can be found.  Photo courtesy: Wikipedia.org

The last major dialect in our list is Pangasinense, which is the spoken dialect of approximately 1.5 million Filipinos who reside in the province of Pangasinan. Pangasinense is also a widespread dialect that can be spoken and understood by those who live in Benguet, Zambales, Tarlac, Nueva Ecija, Nueva Vizcaya and Ifugao.

Pangasinense is a close relative of Ibaloi of Benguet and Baguio, as well as Tagalog and Ilokano.

Summing it all up, we had a shallow dive on the top 8 major dialects in the Philippines which enrich the Filipino language. These 8 dialects are just a peek at the hundreds and thousands of dialects that are prevalent in the entire country.

By knowing these dialects, we get immersed in the local culture and way of life of our fellow Filipinos especially now that these are trying times and mobility and travel are strictly limited and monitored.

Just like learning these dialects can take us on a culture trip and immersion regionally, Brittany Corporation is the champion in taking residents to scenic world destinations with our luxury house and lot as well as luxury condominiums.

If you want to have a taste of Switzerland, Crosswinds is the place for you. You will for sure enjoy the lush pine trees and the fresh and cool breeze of Tagaytay. To experience Southern American living where you can enjoy nature and tranquility, we have Brittany Sta. Rosa’s Promenade, Georgia Club, and Augusta. If you’re into Italian living, Vista Alabang is the community for you where you can enjoy not only Italian living but also exquisite and intricate architecture.

To know more about our luxury homes and properties, check our website here.