5 Filipino Fashion Designers to Watch Out For

The Philippines is not considered the creative capital of Asia for nothing. There are a lot of budding and seasoned fashion designers to watch out for in the archipelago, whether one is a fashion enthusiast or is actually in need of luxury garments. In this blog, five designers whose styles and techniques just stand out will be showcased. 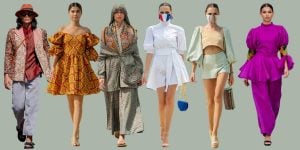 Modern Filipino fashion in the pandemic. | Photo from The Philippine Star Life

Looking great is something that Filipinos prioritize in their daily lives, and clothes are an essential part of this. Fashionable pieces help the wearer embody what he or she wants to be in a day. Clothes help people with more than just looks. They help the wearers increase their confidence, show their personality, and even inspire the people around them. Whether it’s pambahay or pang-alis that one is wearing, the outfit can do all these things, and more.

Going to shopping malls is a favorite pastime activity for Filipinos, whether they have a long shopping list to tick through or it is just really to kill time. The sun-kissed people from this tropical country can benefit a lot from a trip to an air-conditioned mall every now and then. They can chill out, hang out with friends, and go around window shopping. One thing that is common in a lot of malls in the country is the volume of shops that offer clothes. They are everywhere and one would observe Filipinos prowling rack after rack of clothing, looking for new styles to don and keeping up with trends. Being fashionable is a priority for Filipinos, and fashion definitely changed during the pandemic. People do not get a lot of opportunities to go out now that a lot of restrictions are in place, so they tend to wear their best clothes in the few chances they get to attend events. This is why it is handy to get acquainted with some Filipino fashion designers to watch out for. They can help anyone look his or her best for the most important events of their lives. Imagine going to one of the most beautiful houses in the Philippines and you are underdressed. Going to parties in mansions in the Philippines, you have to be fashionably prepared. 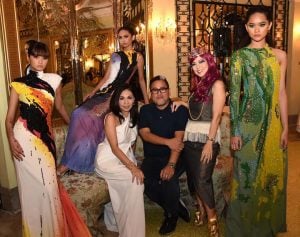 One fashion designer who proved himself to be highly competitive in high fashion is Rajo Laurel. Coming from a prominent political family, he was forced to become a businessman or a lawyer, but he never wanted to be either of those. Ever since he was eleven, he knew his calling was to become a designer. In an interview with Wall Street Journal, he fondly recalled his experience as a kid with his grandmother and the one seamstress they had at home. His grandmother was instructing the seamstress how to make tea towels, maid’s uniforms, and dresses, and when he intervened, suggesting a better way of making these articles. Living in luxury homes in the Philippines, one can definitely take inspiration anywhere one looks. He also recalled the time when he was six and he was part of a musical, “The King and I,” and he got amazed at how one can suddenly become a king, just by wearing the right clothes. Living in one of the most expensive houses in the Philippines, one can definitely be a king in his own home. 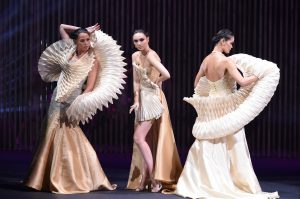 He never became a politician, admitting that if he became a lawyer, he would be a very sad one. Prominent artists and politicians rely on him for their most important nights, though. He tried venturing into New York City but then decided to come back and be of service to the Filipinos. Now he is in the business of empowering people by designing outfits for them, and he is definitely one of the Filipino designers to watch out for because now that he is widely successful in the country, his goal is to expand to other countries in Southeast Asia, like Singapore, Indonesia, and Malaysia. People who have been following him have a reason to be excited about his career. Mr. Rajo Laurel may just bring in different things to his collection, taking inspiration from the different nations around the Philippines. 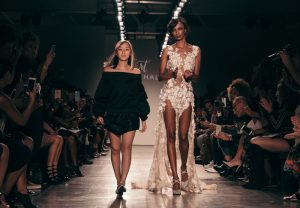 Now, this is another designer who is trusted by the biggest artists in the country. As a lot of fashion designers in the Philippines are, Ms. Rosenthal Tee is innately creative, as evident in her designs. To add to her natural talent, she also studied extensively about fashion. She has a Master’s degree in Fashion Design Womenswear with Distinction from Instituto Marangoni. She then studied fashion design further. She completed a course in Pattern/Cutting at the London College of Fashion and a Jewelry Design and Textile Print Design course at the Central Saint Martins College of Art and Design. 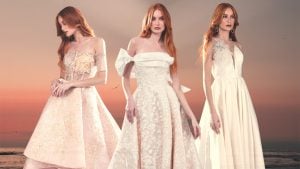 Her eye for design, coupled with her extensive studies and personal travels, is seen through her designs, which are adventurous, luxurious, and spirited. She mostly designs bridal pieces and evening gowns. Her pieces are known to have a lot of sequins, beads, embroidery, and lace, making them very feminine. Showing some skin is also common in her dresses. She was the youngest Filipino designer who joined the Mercedes-Benz Fashion Week in Malaysia, which happened in 2014. She now teaches at the SoFa Design Institute in Manila.

Imagine getting married in one of Ms. Tee’s pieces, and then going home to one of the most beautiful houses in the Philippines. Luxury homes Philippines and luxury lots Philippines are things that Brittany Corporation can offer, so make sure to check the website out for luxury homes for sale.

Furne One at the front of an Amato Couture collection. | Photo from Arabian Business

Here are another one of the Filipino designers to watch out for, who started as a precocious kid, just like Rajo Laurel. Furne One started sketching dresses at the young age of ten. He drew inspiration from his mother and his grandmother. He did not formally train for fashion, but when he joined the MEGA Magazine’s Young Designer of Philippines Award 1994, he won. This was a highbrow fashion design competition, so one of the judges, lingerie designer Josie Natori, decided to give him an internship program in her design studios in Paris and New York. 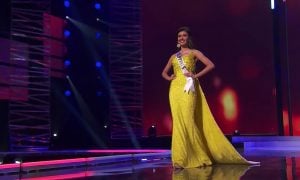 Rabiya Mateo dons a Furne One on the 69th Miss Universe. Mr. Furne One designed four of her evening dresses. | Photo from The Philippine Star Life

This tells the reader that he was a natural designer, and then the program helped him in the business of design. He always wanted his designs to be different, and New York and Paris helped improve his sense of style. He fell in love with Dubai, when he stopped there on his way to New York, and moved his base there. There he met Rashad Ali, a boutique owner, whose designs and goals were similar, and together they found Amato Couture in 2002. Amato means “beloved” in Italian and together, they produce extravagant and surreal designs, dressing the biggest stars like Ariana Grande, Katy Perry, and Beyonce. Now, this is one of the Filipino designers to watch out for, who has a mission. With her pieces, she aims to empower women and celebrate womanhood. She has been running her brand for 14 years now, and her styles are always feminist, enhancing the female form in her pieces. She gets inspired by empowered women and she wants to take away the defining of a woman from the eyes of a man. She first looked up to her mother, who would dress up a lot when she was a kid. Living in mansions in the Philippines is sure to make one feel empowered, so make sure to check out luxury lots Philippines, luxury homes the Philippines, and luxury homes for sale on the Brittany Corporation website. 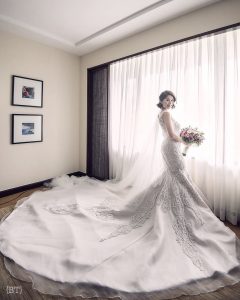 She dresses big names in the Philippines, like Pia Wurtzbach, Anne Curtis, and Heart Evangelista. She has a physical store in Mandaluyong and her most in-demand pieces are her wedding dresses, from her bridal line. She is known for her extravagant designs, but she made a shift in her style during the pandemic. She noticed that women prioritized comfort and practicality during the pandemic, so her designs turned minimalist, in neutral colors. The pieces are comfortable and easy to pair with others. Even then, femininity is still evident in her pieces. Through this collection, she proved her versatility in designing clothes, from basic to extra. These dresses would require good storage, so living in one of the most beautiful houses in the Philippines is a good idea. The most expensive houses in the Philippines are sure to have rooms for all your luxury pieces. 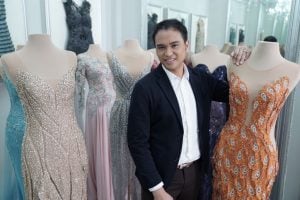 The last designer on this list is someone a lot of Filipinos have already heard of. Mr. Mak Tumang is most known for designing Miss Universe 2018 Catriona Gray’s Mayon gown or Mayon Volcano gown, also known as the lava gown, which was a tribute to the Mayon volcano in Albay, Gray’s mother’s hometown. That flowy red dress with the seductive slit, which helped Cat win the competition, also helped Mak Tumang become a household name when it comes to fashion. 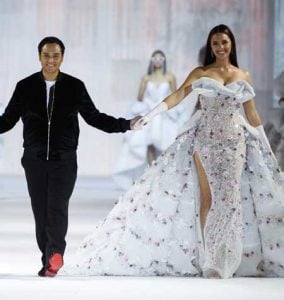 He studied Theater Design and Production Design at the De La Salle University-College of St. Benilde. It is very nice to know that this is another expert designer who got inspired by his grandmother, as she would design pieces for religious statues. Mak Tumang is known for his intricate designs, embroidery, and lacework in his masterpieces, making his pieces look luxurious in every inch.

The Philippines is home to a lot of talented and madly creative designers. They manage to produce pieces that put the country on the fashion map. They are highly competitive, getting featured even in international fashion shows.

The designing and making of dresses go beyond just dressing someone up. A piece says a lot about the culture, background, and even the personality of the designer, the wearer, and the inspiration of the dress. At this point, people have already seen a lot, so these designers to watch out for have to be competitive in releasing new designs every now and then to stay ahead. It is refreshing to see designs that are just well thought out and made with a lot of care and attention to detail. Owning some of these luxury pieces will definitely be an honor, and they ought to be kept in luxury lots Philippines and mansions in the Philippines.